Tardis
Register
Don't have an account?
Sign In
Advertisement
in: Fifth Doctor stories, 1983 video games, Video games with unique variations of the Doctor Who theme

Doctor Who: The First Adventure was a 1983 action video game. Released for the BBC Micro, it was the first officially licensed Doctor Who video game.

The Labyrinth of Death[]

The Doctor has to escape from the Labyrinth of Death, whose other inhabitants, the evil Weevils of Ourouborous Vl, are anxious to make a meal of him. But the Doctor must collect the three segments of the Key to Time. And the proximity-worms are wriggling nearer and nearer...

The Doctor has made it out of the Labyrinth, but discovers that his delectable companion has been imprisoned in the awesome Space Citadel, a fortress defended by a moat teeming with monsters. The Doctor knows he must blow the castle up; but the explosive charges must be carried across the moat first...

The Doctor has found the Invasion Plans, the Key to Power, The Tree of Knowledge, the Elixir of Life and the winner of the next Grand National, but he must get back to the TARDIS. In the way is the Great Space-Time Void, domain of the deadly Terrordactyls...

The Box of Tantalus[]

If they escape to tell the tale, the Doctor and his companion must cross another part of the galaxy in the trusty TARDIS. On the viewing screen appears the mysterious Box of Tantalus (minor). To end their journey, they must find and destroy the invisible monsters who lurk in the Box; and time, as always, is running out... 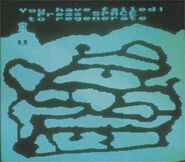 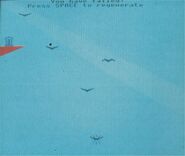 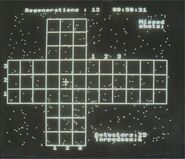