The Essential Doctor Who was a series of "bookazines" based around a specific theme, following the success of the Doctor Who 50 Years specials in 2013. Its first issue was published in March 2014 by Panini Magazines and was centred around the Cybermen. It was billed as coming from "the makers of Doctor Who Magazine, but is considered to be a separate series of publications to DWM or Doctor Who Magazine Special Edition. According to editor Marcus Hearn, as a result of containing familiar DWM names in its staff such as Andrew Pixley and Peri Godbold, the magazine "[shares its] DNA with Doctor Who Magazine, [b]ut there are a lot of new voices in there as well". [1] 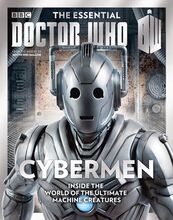 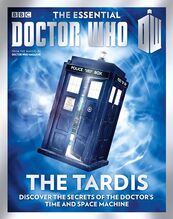 Retrieved from "https://tardis.fandom.com/wiki/The_Essential_Doctor_Who?oldid=1806179"
Community content is available under CC-BY-SA unless otherwise noted.