When River Song visits a place where time has vanished, a genie escapes its bottle... the Discordia are freed – nihilistic time pirates, in devilish form, altering the past to make sure they never lose.

This time, River may have met her match. And involving the Doctor can only make things worse...

4.1 Time in a Bottle by Emma Reeves and Matt Fitton

River is recruited by a rival to explore a star system where time no longer exists.

Professor Jemima Still has picked up a signal from an impossible source and takes an expert team to investigate.

But their mission is about to unleash hell upon the universe...

With the Discordia on their tail, River and her friends run for their lives across time and space. But when your opponent can twist cause and effect to ensure victory at every turn, then escape may well be impossible.

Melody Malone finds herself in a Castle, with an assortment of strange companions.

But guests are being murdered, one by one. Time is running out for a mystery to be solved.

And Franz Kafka is hiding something in the attic.

4.4 Someone I Once Knew by John Dorney

River has tried in vain to keep the Discordia away from the Doctor. Now, as devils run riot through universal spacetime, her own past with her husband is being rewritten. There is one last hope for the universe. A love story – but one that must find an ending... 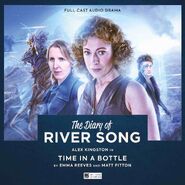 Time in a Bottle 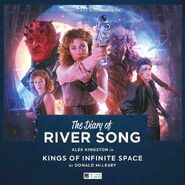 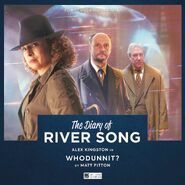 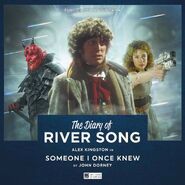 Someone I Once Knew