The Doctor isn't the only Time Lord River runs into on her travels up and down the timeline.

The Master, in all of his - or her - guises, also has a chequered history with Professor Song. And whenever they meet, it's a close call as to who comes out on top...

It's something River must get used to: there are three people in her marriage – at the very least!

The Bekdel Test by Jonathan Morris

Back at the start of her imprisonment, Dr Song becomes a guinea pig for an innovative new security system.

But it's her fellow prisoners she needs to be most wary of.

Because it's early days for Missy, too. The Doctor is dead, and she is outraged that somebody else killed him first...

On a world where vicious beasts stalk ancient ruins, Professor Song teaches a student the finer points of archaeology.

But then she meets an incarnation of the Master who is desperate to survive.

And if they are going to escape this place alive, they all must work together.

The Lifeboat and the Deathboat by Eddie Robson

Stranded in the Vortex, a father and daughter do their best to survive, living on salvage in a ramshackle vessel.

Elsewhere, an obsessive ship's captain hunts down a vengeful monster, whatever the cost.

And River is caught between them, uncovering an old enemy in the most unexpected new guise.

A deep space exploration mission nears its end – when suddenly, the crew start to die.

River must try to protect her colleagues and work out what else is on board their ship.

Something is stalking them, and the deadliest Master of all has his own plans for River Song... 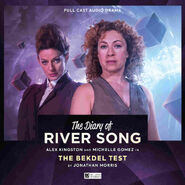 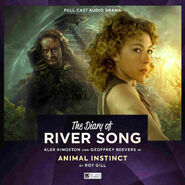 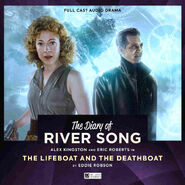 The Lifeboat and the Deathboat 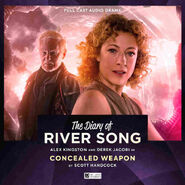