You may be looking for the short story.

The Collection was a series of Blu-ray box sets. Each set collected a season from Doctor Who.

Sets were released in the UK as "Doctor Who: The Collection" followed by the season number. Each set comes in identical cardboard packaging with artwork displaying the Doctor surrounded by images, sacenes and moments from the season in question. Opening the box reveals the discs, as well as a booklet tucked behind a small card diorama of the TARDIS in a moment from the season, sealed with plastic Velcro. The entire package has a cardboard wrap for the bottom showing the full title - this can be removed and optionally discarded, revealing the cover unemcumbered by branding, logos or text. The season numbers appear horizontally along the spine.

In Australia sets were titled "Doctor Who Collection", with the logo and cover text reduced in size to accommodate the Australian age rating on the front cover. The Season 12 release matched that of the UK release. Subsequent releases were put out in standard Bluray packaging. So far only seasons 12, 18 and 19 have been released in Australia.

In the US, the sets were numbered based on the actor playing the Doctor - for example, season 10 was released in the US as "Doctor Who: Jon Pertwee Complete Season Four". As with later Australian releases, these sets come in standard Bluray packaging, resulting in varied widths depending on the number of discs when compared to the uniform width of the UK packaging.

Each set contains every serial from the season in question, along with all previous bonus content produced for the DVD range - these specials, like the show itself, are upscaled. Additionally, new features such as Behind the Sofa are produced in HD, and where possible previously unreleased versions of serials, such as the omnibus edition of Genesis of the Daleks, are included as well.

In some cases, visual effects have been improved - improved exterior shots of the Pharos Project were used to replace models in some instances, including brand-new location shots filmed using drones. As with such improvements on the DVD range these changes are optional, and can be enabled or disabled at will. Serials have also been remixed in 5.1 surround where possible.

Starting with season 19, the second set released in the collection, BBC Video began producing short videos promoting the upcoming release. This initially began with a tongue-in-cheek airline safety video presented by Tegan Jovanka, and eventually evolved into videos such as Jo Grant Returns and Ace Returns, which depict present-day adventures with the characters that hark back to the adventures contained in the sets they were produced to market.

In the US, the release of Tom Baker - Complete Season One was marked with a screening of the aforementioned omnibus edition of Genesis of the Daleks in theatres across the country. The release of Tom Baker - Complete Season Seven was similarly promoted with an omnibus screening of Logopolis, demonstrating the revised visual effects. Both screenings featured exclusive bonus content after the showing, and were organised by Fathom Events in partnership with BBC Studios. 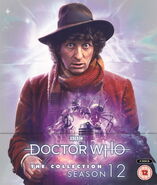 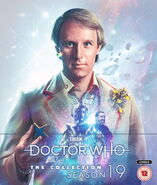 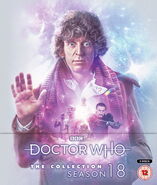 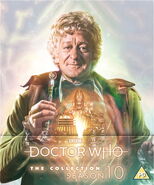 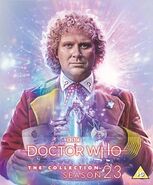 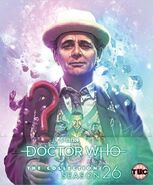 Season 26
Retrieved from "https://tardis.fandom.com/wiki/The_Collection?oldid=2837645"
Community content is available under CC-BY-SA unless otherwise noted.