Terror of the Vervoids (novelisation)

Terror of the Vervoids

Terror of the Vervoids

The Time Lords have brought the Doctor to trial, accusing him of gross interference in the affairs of other planets. If he is found guilty he must forfeit all his remaining regenerations.

In his defence the Doctor tells of an adventure set on board the Hyperion III space liner in his future. Answering a distress call, the Doctor and Mel arrive on the liner just as a series of grisly murders begins.

Who is behind the murders? Do the enigmatic Mogarians have anything to do with them? Who sent the distress call to the TARDIS? And what hideous menace lies waiting in the Hydroponic Centre?

This Target Book was released as an audiobook on 3 October 2013 complete and unabridged by BBC Audio and read by Bonnie Langford as part of The Trial of a Time Lord Vol. 2. 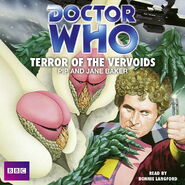 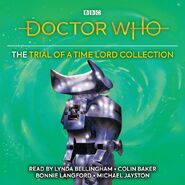