Back to page
Add topic

Image as of start of new season[]

We have very specific guidelines for infobox images. See Tardis:Guide to images. Also, we require community discussion before changing infobox images for popular characters. There is now a hidden note saying not to change the image that is currently in use. Shambala108 ☎ 03:05, October 10, 2018 (UTC) 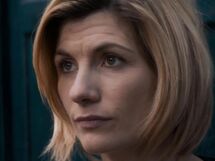 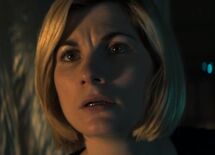 Here we go again. New Doctor, new season, and there's no real reason to hang onto a poorly lit shot from the end of Christmas, when that's no longer our only option.

I put together what I think are the best options The Woman Who Fell to Earth gave us. I have no doubt other episodes in series 11 will give us some gems, as well, but here's our starting-off point.

Options are to the right, clearly numbered. I definitely think we should change the picture from the current (also pictured at right). Any of these other options is better. (I can say that; it was my image.)

If you're thinking of suggesting any new images, please keep in mind Tardis:Guide to images.

Whilst I also like the first three there, I'd have to go with the first one, as I think it would be better to have an image of her in her actual costume. This applies to the second one as well, but keeping in mind the image guide, I think the first is better as she's 'looking at the article'. I'll take a quick look at the end of the episode and see if there are any other closeups that look good as well. 0003c9fe ☎ 10:14, October 11, 2018 (UTC)

I've added a cropped version of the first image and labelled it #6 instead of #1b to avoid confusion with talk of the "first three". It has more focus on the Doctor's face and does not feature the hung up clothes which could be considered background distractions. --Borisashton ☎ 11:24, October 11, 2018 (UTC)

While I understand the desire to replace the image with one that is better lit, is it not best to wait until the entirety of Series 11 has been released? To change now means little until we have enough images to really warrant a change and are able to do it conclusively rather than us deciding on a new image by the time the third episode airs only to reopen discussions anyway by the end of the season since another 7 episodes, all full of potential for new images, are released. Further, none of the images are as well cropped or conveying much of the Doctor's happy, wild, excited personality as the current one does. Such is another point; we do not yet know the Thirteenth Doctor's set personality so have little to base the image on accurately representing the Doctor's character. Quite simply, what's the rush? Snivy ✦ The coolest Pokemon ever ✦ 13:19, October 11, 2018 (UTC).

I agree. This character has had all of two appearances. If we wait for at least halfway through the season, we get more images and more idea of personality. It also gives users a chance to carefully read through our guidelines at Tardis:Guide to images, because, frankly, every image posted here fails our guidelines for tight focus and cropping. Take a look at the infoboxes on the other Doctor pages and you can see how close we want the infobox image to be cropped. Shambala108 ☎ 14:09, October 11, 2018 (UTC)

As with the Twelfth Doctor debate before, I suggest we refrain from picking a new image until all of Series 11 has aired. On that note, of all the images posted here the one currently being used is the best. It's the most ideally cropped and the most recognisable.

To put it short, the current image is a close-up of Jodie's face. I feel like most all of these other images are regular shots of Jodie which have been cropped to appear closer to our standard. I would suggest seeking out well-lit close-ups of Jodie as the series goes on (Episode 2 seemed obsessed with random close-ups, didn't it? Too bad they were mostly poorly lit.) OS25🤙☎️ 07:02, October 22, 2018 (UTC)

I LOVE #8. It shows the Doctor at one of her "I'm way too old for this" type of moods, which I think were the bits Whittaker did the best. While still being focused on her face, it shows just a tiny bit of her suspenders, which add a lor of personality to her without distracting from the actual topic. The TARDIS texture also adds a nice element. But, that's my opinion. // Joey, a nerd. Talk: fi en 21:11, February 4, 2019 (UTC)

Please, PLEASE can we update the image now for one of the Doctor in her regular clothing? Series 12 has just started and I don't see any reason why we can't update it now? Thank you for reading. --Alan-WK ☎ 00:07, January 3, 2020 (UTC)

I really feel the image needs to be updated. I've added another contender from Can You Hear Me ~ ~ ~ ~User:TheOneTrueJack User talk:TheOneTrueJack 18:57, February 18, 2020 (UTC)

Not weighing in on a final decision, but images #24 and #25 because "promotional images should only be used on "real world" pages, while screenshots alone belong on in-universe articles.". Please read through this policy, as well as Tardis:Guide to images to see what we're looking for when it comes to infobox images. OncomingStorm12th (talk) 19:04, February 28, 2020 (UTC)

Seeing how long this discussion has been going on (admittedly with large breaks in-between) I was thinking that maybe we should try a new tactic. Instead of everybody voting for their favourite, we should all just list the pictures we would be happy with as an infobox picture, and maybe a common preference will present itself. That way, while the chosen picture may not be everybody's first choice (which would be near impossible to achieve anyway), at least we can choose a picture that is agreeable. That's my theory anyway. Whether it works or not is another matter.

I'm not an admin and I acknowledge I might be overstepping here, but seeing as it's been 630 days since this discussions started, 571 days since S11 ended and four months since the last update to this thread, I really feel like it's time to move the discussion forward.

After S11 ended, users have voiced their support for (only) the following pictures:

I suggest that we have a decisive vote among these pictures, and be done with this subject. Any insight from admins concerning the legitimacy of this vote will also be appreciated.

Based on something similar that happened on another companion/doctor page (don't remember which), I'm stating here that, as User:JoeyTr acknowledges, he is not an admin and therefore his selection of these 7 pictures to vote on is voided. All of the pictures from the previous debate follow our guidelines and are therefore included in the debate. Shambala108 ☎ 14:07, July 2, 2020 (UTC)

Although the "Round 2" was indeed incorrect, it did put into perspective that the image from The Witchfinders has the most user support behind it so far. We're way overdue for changing the page image, so I'm switching it to that for the time being. But feel free to continue talking about this if people have actual arguments for why another image might be better. --Scrooge MacDuck ☎ 12:36, October 8, 2020 (UTC)

Overlooking the ocean is on Desolation?[]

Was there a narrative confirmation? Why is this image from the The Many Lives of Doctor Who comic considered to happen on Desolation? Amorkuz ☎ 23:27, October 26, 2018 (UTC)

Three suns, similar landscaping, happening while she is still uncertain about her future in her new body. Pretty straightforward conclusion.BananaClownMan ☎ 23:49, October 26, 2018 (UTC)

Technically, they're not; they're removing the dead link from a deleted image. Please check our image policies located at Thread:148148 so you can see why your image was deleted. Thanks, Shambala108 ☎ 16:07, November 1, 2018 (UTC)

"Having recently regenerated, the Doctor was able to survive a great fall, and casually get up and spring to action, completely fine. However, the process caught up with her, eventually causing her to fall unconscious to nap and recharge."

Do we actually know The Doctor's fall caused that exhaustion? All doctors had similiar post-regeneration symptoms. Tenth doctor passed out multiple times as far as I remember and 12th's was really painful process. Also I'm very skeptical about she could've survived that fall even with regenerative powers. For starters, when she had fell, she must've broke to pieces (His hand took 2-3 minutes to regrowth).

I think we still don't know how she survived.

Indeed, an her injury came within the first few minutes so it's safe to say the regeneration cycle is teeming through her, peaking while Ten was on the last couple hours (minutes?) hence took some time to repair. Snivy ✦ The coolest Pokemon ever ✦ 21:39, November 20, 2018 (UTC)

I recently relocated all the stuff from Warmonger, New Beginning, and Dr. Thirteenth back into the dated timeline as taking place after Resolution, only for that change to be reversed under the reasoning that "there is no evidence these take place during the gap year". While that is true, I must point out there’s nothing to suggest that they don’t take place there either, and we have plenty of other non-TV stories placed any old where (where's the evidence that Good Doctor, Molten Heart, and Combat Magicks take place where they’ve been placed?). I believe Warmonger and the rest of those stories in that section should be placed after Resolution because it's not like they're going to be confirmed as taking place anywhere else anytime soon, and considering there won't be anymore TV stories until next year, there's plenty of room for them to fit in there since Resolution is pretty open-ended. TheFatPanda ☎ 18:18, January 3, 2019 (UTC)

This is why we don't have timelines on the main namespace. Few stories are clearly set in time, and any other attempts at placement require speculation, and usually differences of opinion, which we do not allow. Shambala108 ☎ 18:49, January 3, 2019 (UTC)

To be honest I don’t understand why Warmonger couldn’t have just remained where it originally was before the move (between Arachnids and Tsuranga). TheFatPanda ☎ 15:38, January 12, 2019 (UTC)

This is one of the things on this wiki that has a mainly "agree to disagree" approach to it, since, as Shambala108 says, there's very few stories with a concrete placement, and even then it boils down to someone in the story saying "we just left this and that". As for why these stories haven't been placed anyone concrete yet is because they are currently still going and could yet provide new evidence that could place them somewhere more concrete. As for the evidence that places them before Resolution, it mainly boils down to one plot point that can't be counteracted as of yet; Ryan calls Graham by his name in those stories and, so far, the series depicts him calling as him "Granddad" after It Takes You Away, thus giving us fans who like to debate on timeline a concrete pre and post It Takes You Away clue.BananaClownMan ☎ 16:06, January 12, 2019 (UTC)

This page mentions the Iris Wildthyme short story “A Lady Doctor”. I cannot find this anywhere? Can somebody please confirm that this exists?

I'm confused do you change the doctors main image to what they look like in there last series when it comes. Eudfgshjfhbjsdhfgdjsiu (☎) 10:02, March 23, 2020 (UTC)

We change it if/when there is a community consensus as to whether it needs changing and what to change it to. There's no need or requirement to change a current doctor's image every season or to their last season. See Tardis:Guide to images and Tardis:Don't let a pretty face ignite a war for the actual policies. Shambala108 ☎ 13:11, March 23, 2020 (UTC)