"Stay the hell out of my mind," hissed Forrester. "Just stay away from me." She turned and stalked out of the room. Chris put his head in his hands.

The Earth colony on Yemaya 4 is a very ordinary place. The colonists spend their time farming, building homes, raising families.

But when the Doctor and his companions arrive they find a virus sweeping through the population, unleashing the colonists' latent psychic powers. The Doctor and Chris fall prey to the infection, and discover telepathy is not the only symptom. Chris is unable to resist the call of an ancient place of sacrifice, while Roz and Benny travel back in time to the origin of the virus, and uncover a desperate bid for immortality.

And all the while the Doctor is playing a dangerous game with troopers of the Dione-Kisumu Company, who have come either to reclaim the stolen biotechnology — or to sterilise the planet. 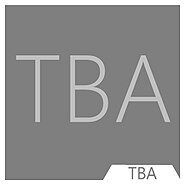 Retrieved from "https://tardis.fandom.com/wiki/Sleepy_(novel)?oldid=2863833"
Community content is available under CC-BY-SA unless otherwise noted.