The fourth six-story batch in the Torchwood range of audios was released by Big Finish Productions in 2018.

The stories were released monthly from March till August 2018.

On 2 August 2017, shortly before the release of the last story of the preceding season, James Goss confirmed that the regular releases would return after a hiatus necessary for the special Aliens Among Us series to be produced. He teased the return of John Hart.[1] The begin of the next six monthly releases was again set for March of next year.[2]

On 30 August 2017, the first story, The Death of Captain Jack, by David Llewellyn was confirmed to feature the previously teased return of James Marsters as John Hart. The news release contained a special warning about the story's unsuitability for children.[3]

An almost complete description of the upcoming six stories was posted on 25 November. It unveiled the titles of stories 2–4 and 6. The second story, The Last Beacon, was to be a writing debut for Gareth David-Lloyd, who would play Ianto Jones in this story alongside Owen Harper.[4]

Finally, on 13 January 2018, after completing the recording, the details of the penultimate story of the seasons were revealed. Instant Karma would feature Toshiko Sato in a story unusually written by three writers, David Llewellyn, James Goss and Jonathan Morris.[5] 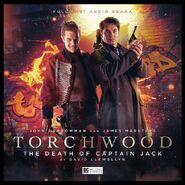 The Death of Captain Jack 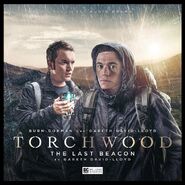 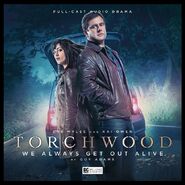 We Always Get Out Alive 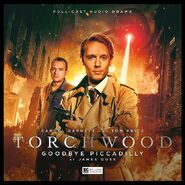 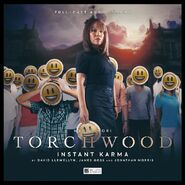 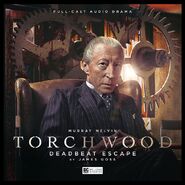