The third series in The New Counter-Measures range of audios was released by Big Finish Productions in 2019 and 2020. It was the final series in the range.

Series 3 originally consisted of just one story, The Hollow King, which was released just a few months after the 30th anniversary of Counter-Measures' debut appearance in Remembrance of the Daleks. Although working as a standalone story, it was intended to be the final entry in the range.

Fan popularity led to calls for a greater sense of closure. Big Finish responded with the twin releases of The Movellan Manoeuvre and The Dalek Gambit over a year later. The duology serves as the true grand finale to the entire Counter-Measures range. The Dalek Gambit in particular brings everything full circle, pitting the team one last time against the foe they faced in their original televised appearance: the Daleks.[1] 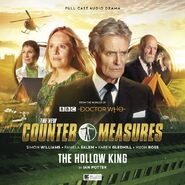 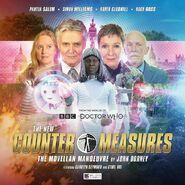 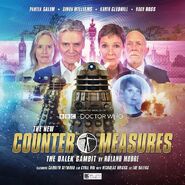