Edit
watch 02:56
Doctor Strange in The Multiverse o Madness - The Loop
Do you like this video?
Play Sound
"Series 3 (BFTW)" is a title based upon conjecture.

The third six-story batch in the Torchwood range of audios was released by Big Finish Productions in 2017. With the Committee arc both concluded and left forever open-ended in The Torchwood Archive, these six stories did not have a narrative arc running through them. They largely continued the trend of concentrating on a particular Torchwood personality each but also ventured further afield to yet unexplored localities and times of Torchwood. In addition to the characters already featured in Series 1 and 2, this season saw the return of Nerys Hughes and Burn Gorman to their characters of Rhys's mother Brenda Williams and Owen Harper respectively. It was also the first series of single-disc releases not to feature either Jack Harkness or Gwen Cooper.

With the Committee arc wrapped up in the special 10th anniversary release The Torchwood Archive in a way that the Committee could return in any story but did not have to be mentioned at all, "Series 3" embarked on the exploration of the further reaches of Torchwood history. In particular, two of the stories, The Dollhouse (story 2) and The Dying Room (story 6) featured a new setting and no familiar characters at all.

The Dollhouse was the first Torchwood story and the first audio play[1] by Juno Dawson, showing an American offshoot of Torchwood in Los Angeles in the 1970s. With the three Torchwood operatives, played by Laila Pyne, Kelly-Anne Lyons and Ajjaz Awad, being female and directed from afar by an unseen man through loudspeakers, the setup bore a striking resemblance to Charley's Angels, an homage confirmed by Juno Dawson herself.[1]

The Dying Room was set in Nazi-occupied Paris during World War II and also featured a never-before-seen Torchwood operative, played by Simon Russell Beale. He was pitted against the character of guest-starring Mark Elstob.

Stories with no familiar characters meant that some familiar ones would have to be sidelined. This fate befell Jack Harkness and Gwen Cooper, who did not appear this season, despite earlier teases of stories centred on them.[2]

The season saw the return of more familiar faces from the televised series. Rhys Williams was joined by his mum Brenda Williams played by Nerys Hughes in the first story of the season Visiting Hours. According to James Goss, the idea to bring by Nerys Hughes was a "royal command" from Russell T Davies, readily obeyed.[1]

And Andy Davidson, still outside of Torchwood, is paired with Owen Harper played by Burn Gorman in Corpse Day (story 3). Interestingly enough, this was the first story featuring Tom Price and Burn Gorman properly interacting on TV or audio.[1]

The remaining two stories, torchwood_cascade_CDRIP.tor (story 4) and The Office of Never Was (story 5) went deeper into the characters of Toshiko Sato and Ianto Jones respectively. The former story even retconned an apparent discrepancy in Toshiko's age, which was earlier pointed out by fans. It was also a story only possible in the audio medium. Its writer and director Scott Handcock praised the work of sound designer Robert Harvey and composer Blair Mowat on this story.[3]

The Office of Never Was had two unexpected sources of inspiration. On the one hand, an abandoned office building with a strange elevator was partly modelled on a building writer James Goss used to work in, which was later blown up by the IRA. On the other hand, the director Scott Handcock described the story as "Ianto Jones as Emma Peel" in the episode The Joker of the classic Avengers television series.

The stories were released monthly from March till August 2017.

Unlike Series 2, which was announced at the very beginning of its preceding series, the next renewal of the range for six more stories was only announced after the run of Series 2 ended in August 2016. The announcement came on 7 September and provided details for the first two stories: Visiting Hours by David Llewellyn was to focus on Rhys Williams and his mum Brenda Williams, played by Kai Owen and Nerys Hughes respectively. The second story, The Dollhouse brought in a new writer, Juno Dawson, and was part of the effort to show various aspects of Torchwood throughout history. James Goss, the producer of the range, also hinted at a Ianto Jones story, which later materialised as The Office of Never Was, as well as Jack Harkness and Gwen Cooper stories that never appeared in "Series 3". The former of the missing stories was described as "someone finally dares to say 'No' to Captain Jack", while the latter had Gwen "on a road to nowhere".[2] The same tease about Gwen was repeated, apparently intended for the season finale, as late as March 2017 in VOR 97.[1]

On 17 December, the title of the third story was revealed as Corpse Day by James Goss.[4] Only on 13 January 2017, was it announced that Corpse Day marks the return of Owen Harper played by Burn Gorman to the world of Torchwood.[5]

The title of the fourth story was unveiled on 16 February 2017 as torchwood_cascade_CDRIP.tor, both written and directed by Scott Handcock and featuring Naoko Mori as Toshiko Sato.[6] The title of this story created a lot of fun moments at the Big Finish Podcast.

Soon after the release of the first story of the new run on 14 March, the promised Ianto-story starring Gareth David-Lloyd was announced on 18 March to be The Office of Never Was by James Goss.[7]

Finally, on 21 April, the final story's details have been publicised. The Dying Room by Lizzie Hopley would be set in Paris under Nazis and would star Simon Russell Beale.[8]

Shortly before the release of the last story of the season in August, James Goss, in Q&A regarding the upcoming special audio fifth televised series, confirmed that the regular releases will return after a hiatus necessary for these special releases.[9] 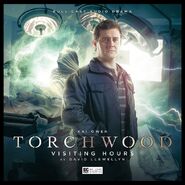 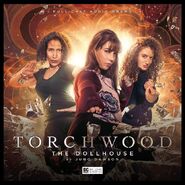 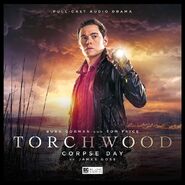 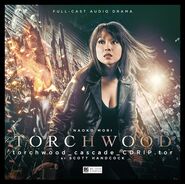 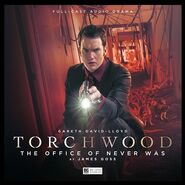 The Office of Never Was 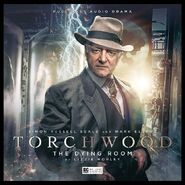