It consisted of twelve stories and thirteen episodes. The first episode saw James Marsters appear as John Hart. It included glimpses of the 51st century and the First World War. Freema Agyeman guest starred as Martha Jones from episode 6 to episode 8.

The opening monologue spoken by John Barrowman was revised for this season; instead of saying how "you" have to be ready because in the 21st century "everything changes", it was now a more proactive statement, saying, "Torchwood is ready."

Series 2 of Torchwood is available for purchase and/or as part of a subscription on: 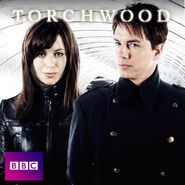