The second series in The Early Adventures range of audios was released by Big Finish Productions in 2015 and 2016. It featured the Second Doctor.

The second series consisted of four stories with the Second Doctor. He was voiced by Frazer Hines in all four stories, who also played his tradiional role of Jamie McCrimmon.

The role of Ben Jackson was recast, now voiced by Elliot Chapman, as Michael Craze had passed away years before. The second series also featured Anneke Wills as Polly Wright for the first and second stories, Deborah Watling as Victoria Waterfield for the third story and Wendy Padbury as Zoe Heriot for the fourth.

The stories were released monthly from September till November 2015. Then, no story was released in December, with the final one being released only in 13 January 2016. 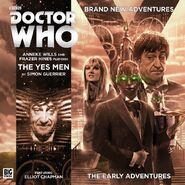 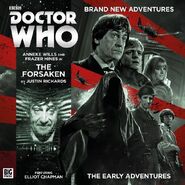 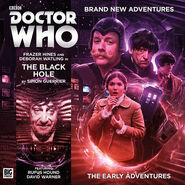 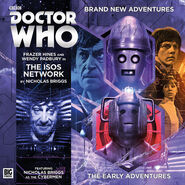 The Isos Network
Retrieved from "https://tardis.fandom.com/wiki/Series_2_(EA)?oldid=2808163"
Community content is available under CC-BY-SA unless otherwise noted.