This was the 47th release in SFX's regular series of Special Edition Collections - a Celebration of all things Who.

The actor who plays Rory talks about being Who's equivalent of Kenny from South park!

The Doctor and Amy talk about the Christmas special, and how their characters are evolving.

From Alpha Centauri to the Zygons, the quirky things, people and phenomena that we adore

We talk to series five costume designer Ray Holman, the man who made bow ties cool.

She was Pertwee-era companion Jo Grant, and she's just made her return to the Whoniverse!

Can you find the 65 story titles in our fiendishly tricky two-page mindbender?

He's a hard SF author with two degree, but he still thinks the new Who is brilliant.

Giant eye in the sky! Read all about it in these extracts from Rory and Amy's local freesheet.

Somewhere in an alternative universe, "Marco Polo" is out on DVD. Not here, though. Sob.

Because even when evil alien alliances have to brainstorm in front of a whiteboard ...

Sir Discworld talks about what he likes about Who ... and what he doesn't!

From the Doctor's useless robot double to the TARDIS towing the Earth home.

This '70s style comic strip must have fallen backwards in time from 2010 somehow ...

Fanboy funnyman Toby Hadoke shares what he learnt from re-watching the entire series.

Matt Smith's Doctor is coming to the US comic in January. We talk to writer Tony Lee.

Paparazzi shots from location filming for the episode written by Mark Gatiss.

A helpful diagram tracking who's locked lips (and More ...) in Doctor Who and Torchwood.

Prepare for geek overload in the form of our mind-boggling detailed analyses of every episode of series five. Within these critical assessments you'll find love, praise and trivia intermingled with nitpicking, blooper-spotting and rather a lot of carping about Amy's rudimentary social skills. As if we can talk! 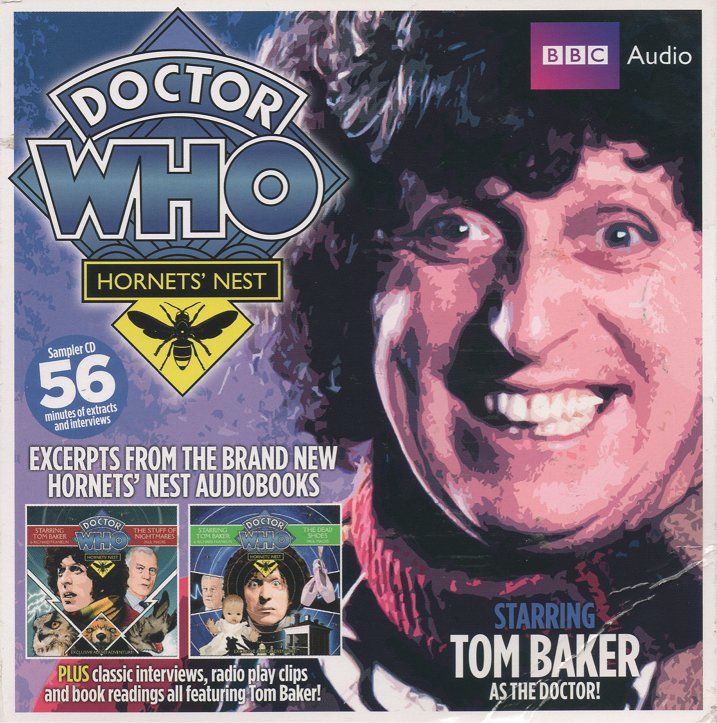 1 Extract from The Stuff of Nightmares, part one of Doctor Who:Hornets' Nest

2 Extract from The Dead Shoes, part two of Doctor Who: Hornets' Nest

Originally broadcast on Radio Four on 30/9/1974 Taken from Doctor Who at the BBC.

Originally broadcast on Radio Four on 26/1/1977. Taken from Doctor Who at the BBC Volume 2.

A novelisation by David Fisher

10 Clip from Pebble Mill at One

Featuring Donny McLeod, Tom Baker and Louise Jameson. Originally broadcast on BBC One in May 1977

11 Extract from Doctor Who and The Pescatons, written by Victor Pemberton

Featuring James Naufghtie, Douglas Adams and Tom Baker. Originally broadcast on Radio Four on 13/11/1999 Taken from Doctor Who at the BBC.

13 Extract from Doctor Who: Genesis of the Daleks, written by Terry Nation

Featuring Jon Culshaw and Tom Baker. Originally broadcast on Radio Four on 27/4/2001 Taken from Doctor Who at the BBC Volume 2.

The official online website of the magazine with latests news

Retrieved from "https://tardis.fandom.com/wiki/SFX_Collection_47?oldid=2746917"
Community content is available under CC-BY-SA unless otherwise noted.