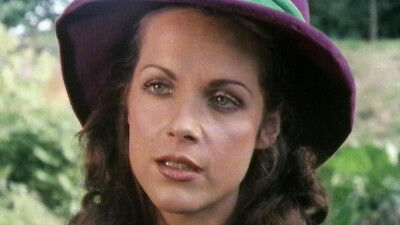 Romanadvoratrelundar — known in short as Romana — was a Time Lord who was assigned the task to assist the Fourth Doctor in his quest for the Key to Time. She stayed with him long after that task was done and parted from him in E-Space. When she returned to N-Space, she became the Lady President of the Time Lords of Gallifrey.

Romanadvoratrelundar seemed to be a single, long name when she introduced herself to the Fourth Doctor. He quickly shortened it to "Romana", though given the choice of being called "Romana" or "Fred" she told him to call her "Fred". (TV: The Ribos Operation) The Doctor later called her "Miss Dvoratrelundar" when she was a witness during his trial before the Megara. (TV: The Stones of Blood)

Romana was a member of the House of Dvora. (AUDIO: Panacea) After the Imperator Crisis, the children of Dvora were scattered to Houses across the Homeworld; (PROSE: Newtons Sleep) Romana spent her childhood in the House of Heartshaven. (AUDIO: Panacea) As a Time Tot, she had a copy of the Gallifreyan nursery book, Our Planet Story. (AUDIO: Shada, PROSE: Shada) She graduated with a "triple first" from the Time Lord Academy on Gallifrey. (TV: The Ribos Operation) Her peers gave her the nickname and unofficial title of "The Icemaiden." (AUDIO: The Inquiry, Lies) One of her early jobs was working in the Bureau of Ancient Records on Gallifrey. (TV: State of Decay)

Travels with the Doctor[edit | edit source]

Romana first met the Doctor when she was a young (about one hundred twenty-five) and relatively inexperienced Time Lady. She had a haughty, aristocratic air and her personality did not always mix well with that of the Doctor.

The White Guardian sent Romana to help the Doctor and K9 Mark II locate the Key to Time. It was the Doctor who gave her the shortened version of her name. (TV: The Ribos Operation) It was during this mission that she visited Earth for the first time. (TV: The Stones of Blood)

After the completion of the quest, the Doctor installed a randomiser in the TARDIS to evade the Black Guardian and his wrath. As a result, the travellers didn't know where they would materialise next. (TV: The Armageddon Factor)

Romana regenerated into a new incarnation, seemingly on a whim, adopting the likeness of Princess Astra of Atrios. (TV: Destiny of the Daleks)

Accounts of the reasons for her first regeneration and the circumstances differed, though all agreed that in this incarnation, Romana adopted the likeness of Princess Astra of Atrios.

There was also an account that suggested that at some point after the installation of the randomiser in the Doctor's TARDIS but before the Doctor, Romana and K9 found themselves trapped in E-Space, Romana left the TARDIS. The Doctor and K9 continued to travel on their own for a time, (COMIC: Timeslip) even picking up a new companion along the way. (COMIC: Doctor Who and the Star Beast) Eventually, Romana returned to the Doctor and they resumed their travels together.

Travels with the Doctor[edit | edit source]

An adventure on the planet Skaro followed her regeneration, during which Romana encountered the Daleks. (TV: Destiny of the Daleks) In this incarnation, Romana travelled for a time with the Doctor and K9. Leaving the randomiser behind on Argolis, (TV: The Leisure Hive) the three accidentally passed through a CVE into the universe called E-Space. It was here they encountered Adric. (TV: Full Circle) Adric stowed away onboard the TARDIS and all the travellers were brought to an encounter with an ancient enemy of the Time Lords, the Great Vampire. (TV: State of Decay) Romana and the Doctor parted when she decided to remain in E-Space with K9 to help the enslaved Tharils regain their freedom. The Doctor and Adric left for N-Space, the Doctor's native universe. (TV: Warriors' Gate)

Conflicting accounts of Romana's career as Lady President are tricky to reconcile. They may not have even happened in the same timeline.

Romana returned to N-Space; one account suggested the Seventh Doctor made this possible. (PROSE: Blood Harvest) She subsequently assumed a seat on the High Council of Time Lords (PROSE: Goth Opera) and later attained the office of President. She was at this time generally referred to by her full name and had Leela, K9 and Irving Braxiatel as her closest confidantes.

She was abducted by the Daleks, and kept prisoner for twenty years, barely escaping with her sanity intact, although an adventure shared with the Sixth Doctor helped her recover (AUDIO: The Apocalypse Element). After this, she presided over Gallifrey in an ever-changing political situation where new time-active powers like the Monan Host were coming to prominence. The machinations of the Free Time terrorist group and a civil war against the malevolent Pandora (who took on the form of Romana's first incarnation) would eventually see Gallifrey fall into ruin and Romana lose her position to Matthias. Braxiatel tried to salvage the situation, but this went "pear-shaped", leaving Gallifrey overrun by Dogma Virus zombies and about to be hit with temporal weapons. (AUDIO: Panacea) Romana, however, had a plan: explore alternate universes to find a new Gallifrey to live on. (AUDIO: Reborn) Finally, Romana, Leela, and Narvin settled on a version of Gallifrey in which time travel was just beginning to be realised. Romana assumed the Presidency after the assassination of her alternate universe counterpart and appointed Narvin her chancellor. (AUDIO: Forever)

Romana discovered a signal coming through time from the Axis, which she thought could be a way back to their home. When a portal from this signal opened in the Panopticon, she was greeted by Daleks. (AUDIO: Arbitration) Romana managed to prevent the Daleks' plan to invade the multiverse, and managed to return home to her own Gallifrey, complete with a cure to the Dogma virus. (AUDIO: Extermination) Shortly after arriving on her own Gallifrey, Romana repelled a Dalek invasion of Gallifrey with her future incarnation by trapping them in the Matrix. She then set about rebuilding her Gallifrey, which was still crippled by disease and war. (AUDIO: Ascension)

The Tenth Doctor stated that "things went well for Romana... until the Time War." (COMIC: The Forgotten)

Still Lady President, Romana regenerated into another incarnation. With long, dark, straight hair, she looked almost like the Doctor's mother and had a Seal of Rassilon tattoo on her ankle. (PROSE: The Shadows of Avalon) Now far more ruthless, she prepared Gallifrey for war in what she referred to as Gallifrey's darkest hour. (AUDIO: Luna Romana) She helped prepare for the War in Heaven. (PROSE: The Ancestor Cell) When she was in office, a secret society known as the Adherents of Ohm set Omega free from the anti-matter universe. (AUDIO: Intervention Earth) When she had been in power for 150 years, her Gallifrey was destroyed. (PROSE: The Ancestor Cell)

Evidence suggested that Romana may have been one of a few Time Lords to survive the destruction of Gallifrey, by regenerating into a new form. In this incarnation, she resembled a young and beautiful woman with dark eyes and ebony skin. (PROSE: Tomb of Valdemar)

The Eighth Doctor saw a version of Romana in a projection built by the Matrix to show Gallifrey after being affected by anti-time. Romana had taken the title "Imperiatrix" and was much more ruthless than the Doctor expected. In the projection, she presided over the obliteration of a Dalek Fleet trapped in a time loop. (AUDIO: Neverland)

Romana was exceptionally clever (even on par with the Doctor) and strong-willed. She shared many personality traits with the Doctor. She was capable of killing when necessary, though she didn't like it - when she shot one of the guards on Zanak, she instantly regretted it. (TV: The Pirate Planet)

In her first incarnation, she was haughty and "by the book" and occasionally annoyed by the Doctor's eccentricities. She did not mind taking on the form of Princess Astra of Atrios. (TV: The Armageddon Factor)

In her second incarnation, Romana was more bubbly and free-spirited, a female version of the Fourth Doctor. She liked to emulate the Doctor's sartorial style, initially wearing a pink version of his overcoat, complete with a white scarf. (TV: Destiny of the Daleks)

She also wore period Earth-style outfits such as a schoolgirl costume. (TV: City of Death) She did on at least one occasion slip back into the haughty nature of her first incarnation. (TV: The Creature from the Pit)

Her third incarnation was not as positively disposed towards the Doctor. It is said she regenerated as she felt her second incarnation wasn't ruthless enough to handle the coming war. (PROSE: The Shadows of Avalon)

The Tenth Doctor jokingly said of Romana that she "knows everything". (PROSE: Wetworld)

Her third incarnation also appeared to have a sunny and perky disposition, and was prone to wanting to give people hugs (even her previous self, although the Blinovitch Limitation Effect made this inadvisable). Despite this, she could also be manipulative when necessary. (AUDIO: Renaissance)

Romana III, a later incarnation of Romana, was "thousands of years" older than her second self. (AUDIO: Renaissance)