You may be looking for the box set series.

Revisitations was a full cast audio anthology released on 21 November 2018 by Big Finish Productions, and the seventh release of UNIT: The New Series.

The Master left UNIT a parting gift – something alien and deadly. The Wirrn have come to Earth, and now they are free...

Larvae are hatching. Grubs are mutating. The infection is spreading. As a swarm takes to the skies, UNIT struggles to contain its menace.

Kate Stewart meets the danger head-on. To rid the Earth of the Wirrn, she must now confront their Queen.

An alien vessel arrives on Earth, its occupants seeking refuge, and Osgood takes them in.

But there is reason to mistrust this cry for help. The files show that UNIT has faced the Kalvyri before. What else they reveal will set Kate at odds with her most trusted friends.

In the years since the Stangmoor Prison incident, Captain Chin Lee found a new calling. She now heads up an international organisation, dedicated to meditation and 'mental fortitude' training.

But there is a menace deep inside the Pandora Institute. And Kate, Osgood and Josh must face their darkest fears... 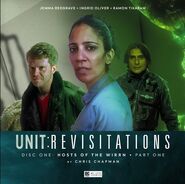 Hosts of the Wirrn part one 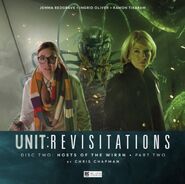 Hosts of the Wirrn part two 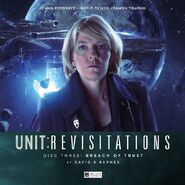 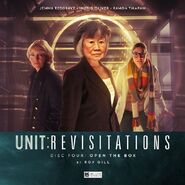