Ravenous 3 was a full cast audio anthology released in April 2019 by Big Finish Productions. It was the third release of Ravenous and featured Paul McGann as the Eighth Doctor.

On a distant research station, the Time Lords are playing with fire. But it isn't only mythological creatures from Time Lord legend that are coming back to life. Fighting for their lives against terrifying creatures from the folklore of many worlds, as well as escaping the clutches of more familiar foes, the Doctor, Liv and Helen find themselves making the most unlikely ally.

Stranded on a desolate world by a dead TARDIS, the Doctor and his friends are trapped, surrounded by creatures from Time Lord nightmares – the Ravenous...

Elsewhere, on the edge of the vortex, a Gallifreyan research station takes on board an extremely dangerous artefact. Are the Time Lords sowing the seeds of their own destruction?

And if one Ravenous creature rattles the Doctor's nerves, what will happen when the whole clan is hunting him?

When the evil Time Lord known as the Nine comes across a rare and valuable item floating in the space-time vortex, his acquisitive nature means he can't resist the urge to complete the set.

Soon a wicked scheme is underway. Only the Doctor's friends – past, present and future – will be able to stop him.

But without the Doctor around will even the combined skills of Liv, Helen, River Song, Bliss and Charley be enough to save the day?

Over years of study and research, the Brothers Grimm built a compendium of folklore: stories of witches and wizards, magic and morality, strange creatures and treacherous forests...

Professor Marathanga does much the same, on a universal scale. But her methods are rather less rigorous, using technological shortcuts to fill her intelligent database – L.E.G.E.N.D.

When worlds collide, the TARDIS crew discover that fairy tales can become real. And the Doctor's latest companion is put to the test. Will the Eleven be an asset, or one more monster to defeat?

3.4 The Odds Against by John Dorney

The Doctor, Liv and Helen have landed near an abbey housing the gateway to the dimension in which the Ravenous were originally imprisoned.

But their plans to enlist the inhabitants' help in defeating their pursuers are disrupted when they stumble over a dead body. Strange creatures roam the corridors and something monstrous may be awakening beneath their feet. 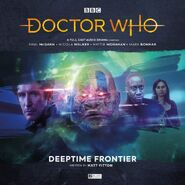 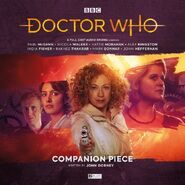 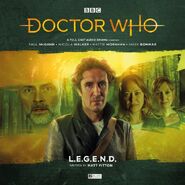 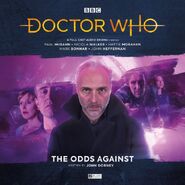