The randomiser, when activated, scrambled the TARDIS' co-ordinate settings, giving the Doctor even less control than usual over the destination of his ship. As the name implies, using the Randomiser could send the TARDIS to any point in time and space. (PROSE: The Banquo Legacy) According to the Fourth Doctor, it operated on the scientific principle of pot luck. (TV: The Armageddon Factor)

The randomiser operated by using a random seed code to calculate algorithmic impossibilities, making it possible to predict the destination that would be chosen by the randomiser if others had access to the seed code. (PROSE: The Banquo Legacy) When the Time Lords caught up with Compassion after learning the original code, the Eighth Doctor attempted to evade them again by using 8.23 as his new seed code based on a bad experience his companion Fitz Kreiner had with wasps as a child - he was stung twenty-three times after finding a nest when he was eight — reasoning that it was a number the Time Lords couldn't predict based on their knowledge of him and noting that the seed code simply had to be random rather than complex. (PROSE: The Ancestor Cell)

The Doctor built the first randomiser from bits and pieces he found in his TARDIS. (PROSE: The Fall of Yquatine)

After his successful completion of the quest to find the Key to Time, the Fourth Doctor feared the vengeance of the Black Guardian. The Doctor reasoned that if he himself did not know where he was going, neither would the Black Guardian, who would be unable to pursue or act against him; and so installed the randomiser into the central console. (TV: The Armageddon Factor) The Doctor frequently chose to override the device when it became necessary to visit a specific time or place. (TV: City of Death, The Creature from the Pit)

In the end, the Doctor chose to take his chances with the Black Guardian, removing the randomiser as its components were needed within the Tachyon Recreation Generator on Argolis. He made no effort to replace the device despite his earlier concerns, due to his annoyance to not being able to choose where he wanted to have his adventures. (TV: The Leisure Hive)

Naturally, the randomiser's removal meant the Black Guardian was now free to hunt down the Doctor once more... (TV: Mawdryn Undead)

Later, in his eighth incarnation, the Doctor found himself being pursued by the Time Lords and was forced to install a second randomiser that was purchased on the planet Yquatine into the humanoid Type 102 TARDIS Compassion. Installing the device caused Compassion great pain, which the Doctor had not anticipated. The second randomiser could not be removed or deactivated for some time. (PROSE: The Fall of Yquatine) Compassion was eventually able to expel the remains of the randomiser, along with her occupants, into the Edifice. (PROSE: The Ancestor Cell)

In his tenth incarnation, the Doctor used the randomiser to travel to the 13th moon of the 13th planet of the 13th galaxy. (COMIC: Triskaidekaphobia) He later travelled to Ood-Sphere with Donna Noble, claiming to have set the controls to random. (TV: Planet of the Ood)

The randomiser was mentioned in River Song's diary; she thought it was funny to turn it on when the Eleventh Doctor wasn't looking. (GAME: The Eternity Clock)

The War Master had a randomiser fitted into his TARDIS by the Last Great Time War. On entering the Master's TARDIS on Kurnos 5, the Eighth Doctor noted that the a prioritron, the randomiser and the safety locks were still operational. (AUDIO: The Castle of Kurnos 5)

Iris Wildthyme once activated the randomiser on her TARDIS to evade a Monstron time destroyer. (AUDIO: Iris Rides Out) 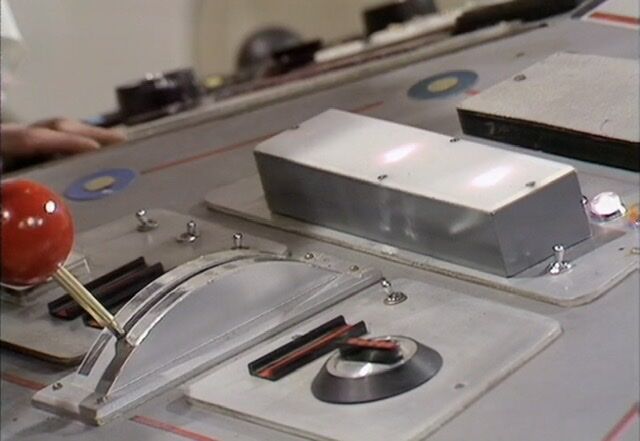