Project: Lazarus was the forty-fifth story in Big Finish's monthly range. It was written by Cavan Scott and Mark Wright and featured Colin Baker as the Sixth Doctor, Maggie Stables as Evelyn Smythe, Sylvester McCoy as the Seventh Doctor, Rosie Cavaliero as Cassie Schofield and Stephen Chance as Nimrod.

It was the second in a loose arc of three audio stories that featured the Forge; the first was AUDIO: Project: Twilight and the third Project: Destiny. This is also one of only eight audio stories in which Colin Baker and Sylvester McCoy appear together, and one of the four in which their Doctors interact directly.

A frightened girl is stalked in a land of eternal night.

A hunter longs for recognition and power.

A traveller in time returns to correct the mistakes of the past and faces a danger that could rob him of his future. Unless his future intervenes.

And in the shadows stands Nimrod. Waiting...

Welcome to the Forge.

Part One: The Sixth Doctor, having found a cure to the virus that Cassandra Schofield contracted, returns with Evelyn Smythe to offer her her freedom.

Part Two: With the Doctor Nimrod's prisoner, Evelyn attempts to learn what has driven Cassie to help Nimrod.

Part Three: The Seventh Doctor returns to the Forge, only to find the Sixth Doctor acting as Nimrod's scientific advisor.

Part Four: Faced with the threat of alien invasion and the unexpected mutilation of his predecessor, the Doctor must work out the true nature of the current situation. 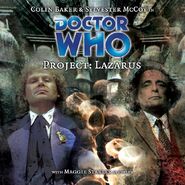 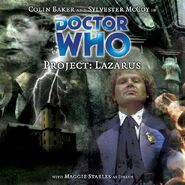 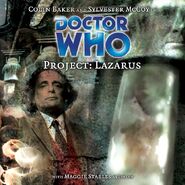