No Place was the first story in The Tenth Doctor Adventures: Volume Three, produced by Big Finish Productions. It was written by James Goss and featured David Tennant as the Tenth Doctor and Catherine Tate as Donna Noble.

The story was notable for the return of Bernard Cribbins as Wilfred Mott for the first time since appearing in the television story The End of Time on New Year's Day 2010.

It's Haunted Makeovers! The home improvement show with a spooky twist.

The Noble family are hoping to cast out a few spirits along with the old bathroom suite, as presenter Justin joins Donna, Wilf, Sylvia and the Doctor for the latest edition of his reality TV series.

Of course, Justin knows that any supernatural phenomena can be faked. Ghosts can't possibly be real.

Justin Valentine runs a tv program where he redecoractes haunted houses called haunted makeovers. For his new episode he goes to Chiswick where he meets Doctor John Smith, Donna, Sylvia and Wilfred. Donna is being The Doctors wife and Sylvia being his mum-in-law. 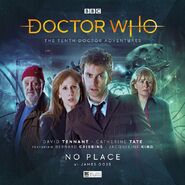 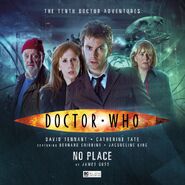