A three-story batch in the Main Range audio series was released by Big Finish Productions in 1999.

The 1999 releases for the Main Range was the first official Doctor Who output from Big Finish Productions after they had begun to use Bernice Summerfield in her own series starting the previous year.

As such, The Sirens of Time saw the first appearances of the Fifth, Sixth and Seventh Doctors at Big Finish as well as the Doctor in any of their incarnations. Also, Phantasmagoria and Whispers of Terror saw the Big Finish introductions of companions Vislor Turlough and Peri Brown respectively.

The Sirens of Time, introduced in the titular story, would receive their second outing in The Legacy of Time, the anthology that celebrated the twentieth anniversary of Doctor Who at Big Finish. 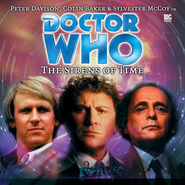 The Sirens of Time 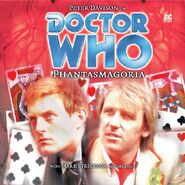 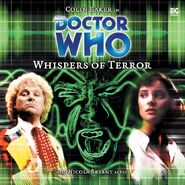