TV: War of the Sontarans
TV: Once, Upon Time
TV: Survivors of the Flux
TV: The Vanquishers

The Lupari, singular Lupar, were a humanoid race that resembled Earth dogs. They were warriors with a great sense of honour.

They were species-bonded with humanity, meaning each human had a Lupar tasked to protect them. On Halloween 2021, seven billion Lupari ships approached Earth to protect it from the Flux, (TV: The Halloween Apocalypse) creating an event the humans dubbed the "Three Minute Eclipse."

They unknowingly allowed the Sontarans, who came to Earth before the shield took effect, to take over the Earth and blamed fellow Lupar Karvanista for proposing the idea; however, he blew up all Sontaran ships, wiping them from existence in a temporal implosion, solving the problem. (TV: War of the Sontarans) The Lupari continued to protect humanity from the Flux and its consequences until the Sontarans attacked Earth again, this time attacking the Lupari ships, ejecting all the Lupari into space, appropriating the shield for themselves and leaving Karvanista as the last surviving member of the Lupari. (TV: The Vanquishers) 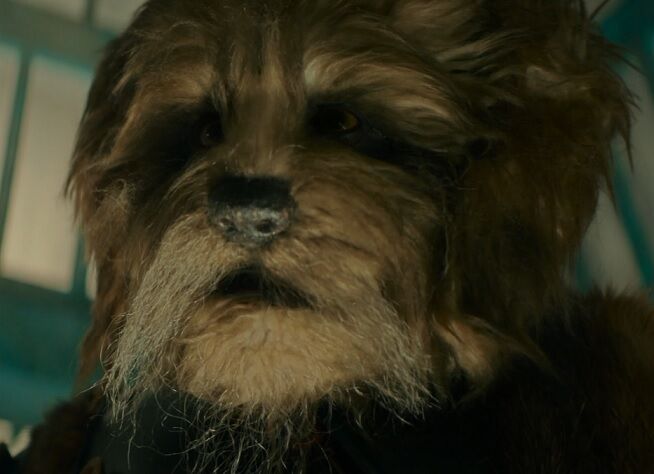