Lost Warriors was a full cast audio anthology released on 23 November 2021 by Big Finish Productions. It was the third release of the first series of The Ninth Doctor Adventures. It featured Christopher Eccleston as the Ninth Doctor.

The Doctor meets many strangers on his travels. Some are destined to end up friends, while others were always going to become his enemies. And some were once warriors, with reasons of their own to remain hidden from the universe...

3.1 The Hunting Season by James Kettle

Duberry Hall is under siege, as aliens maraud through the estate. It's a frightful business, and as Lord Hawthorn battles the Fleshkin, the Doctor finds new friends below stairs. Can he convince the household to unite to save itself?

3.2 The Curse of Lady Macbeth by Lizzie Hopley

The TARDIS is drawn to Scotland again – to the troubled Kingdom of Moray, and its Queen Gruach. Or, as the Doctor knows her better, Lady Macbeth. While some believe she is the cause of her people's woes, she may yet become their saviour.

3.3 Monsters in Metropolis by John Dorney

Berlin, 1927. The making of a science fiction legend. But death stalks the film set and history is not what the Doctor expects it to be. And this new 'Machine Man' is a more terrifying vision of humanity's future than Fritz Lang had in mind... 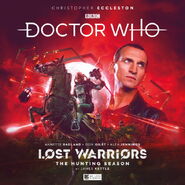 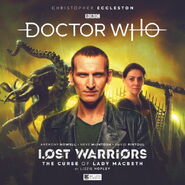 The Curse of Lady Macbeth 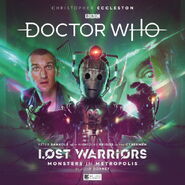