Last of the Gaderene (novel)

Last of the Gaderene was the twenty-seventh novel in the BBC Past Doctor Adventures series. It was written by Mark Gatiss, released 4 January 2000 and featured the Third Doctor and Jo Grant.

It also featured the UNIT team of Brigadier Lethbridge-Stewart, Mike Yates and John Benton. This was Gatiss' final novel-based contribution to Doctor Who.

"My name is Bliss," said the newcomer, "and I bring great news for you all!"

The new owners of a Second World War aerodrome promise a golden dawn of prosperity for the East Anglian village of Culverton. The population rejoices — with one or two exceptions. Former Spitfire pilot Alec Whistler knows the aerodrome of old, having found a strange, jade-coloured crystal there years before...

When black-shirted troops appear on the streets, Whistler takes his suspicions to his old friend Brigadier Lethbridge-Stewart. The Doctor and Jo are sent to investigate and soon discover that all is not well in the seemingly idyllic village.

What are the black coffin-like objects being unloaded at the aerodrome? What horror lies behind Legion International's impeccable facade? And what is the monstrous creature growing and mutating in the marsh?

As Culverton gears up for its summer fete, the Doctor finds himself involved in a race against time to prevent a massive colonisation of Earth. For the last of the Gaderene are on their way...

The aerodrome in Culverton has new owners, and they promise an era of prosperity for the idyllic village. But former Spitfire pilot Alex Whistler is suspicious – when black-shirted troops appear on the streets, he contacts his old friend Brigadier Lethbridge-Stewart at UNIT. The Third Doctor is sent to investigate – and soon uncovers a sinister plot to colonise the Earth. The Gaderene are on their way... 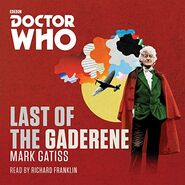 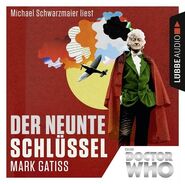