Kaldor City is a series of audio plays and tie-in short stories and stage plays produced by Magic Bullet Productions. The stories use the setting of Kaldor City as well as other concepts and characters from Chris Boucher's 1997 Doctor Who television story The Robots of Death and his 1999 novel Corpse Marker, which crossed over with Blake's 7 through the character of Carnell. Boucher was creative consultant for the series and wrote its second release, Death's Head.

Alan Stevens had the idea for an audio series loosely based on a film called Yojimbo by Akira Kurosawa. The film is about a Samurai who plays two powerful families off against one another in order to benefit himself.

Around this time, BBC Books published a Doctor Who novel titled Corpse Marker as part of its line of Past Doctor Adventures. Written by Chris Boucher it served as a sequel to his 1977 Doctor Who story The Robots of Death and was also a crossover with the BBC television series Blake's 7 due to the inclusion of Carnell, a character originating in that series. Stevens contacted Boucher and proposed the idea of an audio drama using the setting established in Corpse Marker named Kaldor City. Boucher encouraged Stevens to write the script, which he wrote in collaboration with Jim Smith. Pleased with the results, Boucher gave his full approval to proceed with the concept.[1]

In assembling the key players, Stevens hired sound designer Alistair Lock whom he previously worked with on a series of Blake's 7 audio productions; Travis: The Final Act, The Mark of Kane, and The Logic of Empire. Stevens created the character of Kaston Iago specifically for Paul Darrow, best known for the role of 'Kerr Avon' in Blake's 7. Alexis Kanner from the ITC television series The Prisoner was also considered for the role should Darrow prove unavailable.

Using his casting connections from the Blake's 7 audios, Stevens approached Darrow who agreed to play the role. Series regulars Trevor Cooper, Brian Croucher and Peter Miles were also known to Stevens from the same audio productions. Russell Hunter was contacted through a friend of Stevens and agreed to reprise the role of Uvanov from The Robots of Death. Scott Fredericks who originally played the role of Carnell in the Blake's 7 episode Weapon proved more difficult to track down due to residing in Ireland. Stevens eventually got in touch through BBC Residuals, who kindly forwarded a copy of the script. Stevens later recalled: "I'd written a script with Carnell in before I'd even contacted the actor. It would have been a terrible mess if he'd decided not to do it."[2] 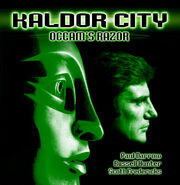 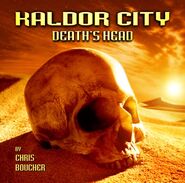 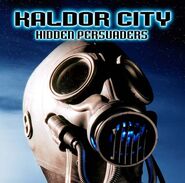 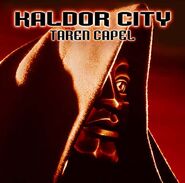 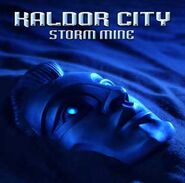 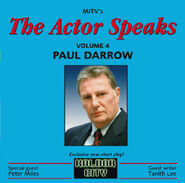 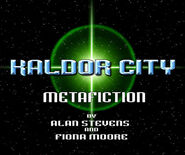