You may wish to consult K9 and Company (disambiguation) for other, similarly-named pages.

K9 and Company was a proposed television series in the early 1980s. It was intended as a spin-off of Doctor Who. Ultimately only a single pilot episode was produced. It aired on BBC1 as a Christmas special in 1981.

The series was to have starred Elisabeth Sladen reprising her role as Third and Fourth Doctor-companion Sarah Jane Smith, with John Leeson returning as the voice of K9 or to be more precise, K9 Mark III.

The pilot episode was produced by then-Doctor Who producer, John Nathan-Turner, and is significant for being the first televised spinoff of Doctor Who. It is the precursor to The Sarah Jane Adventures.

Although the pilot did not result in a series, K9 and Company has had a lasting impact on the character of Sarah Jane and the Who franchise. Most significantly, it offered insight into her family history, aspects of which have been used to build her post-TARDIS life in stories across all media. Most Doctor-less Sarah Jane fiction written after 1981 — like The Sarah Jane Adventures and the Big Finish Productions Sarah Jane audios, as well as the 2006 Doctor Who episode School Reunion — use elements first seen in K9 and Company to inform their presentation of the character.

The pilot episode was titled A Girl's Best Friend. It was broadcast on 28 December 1981. In it, Sarah Jane gained a companion/assistant of her own, her aunt's ward Brendan Richards, played by Ian Sears. Brendan was studying computers and additional maths at school among other subjects.

The pilot episode saw Sarah discovering a boxed K9 Mark III, a gift from the Doctor. The plot which followed involved a strange mixture of occult spookery and mundanity, with robed pagans chanting "Hecate!" and the supposed goddess being revealed as a person in a mask. The action occurred in early to mid-December, the last scene on Christmas Day. As a result, A Girl's Best Friend is the first Christmas-themed Doctor Who universe special (as opposed to a regular episode, such as "The Feast of Steven" in The Daleks' Master Plan), predating by a quarter-century the tradition followed by the revived Doctor Who series.

Many Doctor Who fans remember it most clearly for its electronic theme music, composed by long-term Doctor Who enthusiast and record producer Ian Levine. Both the theme music and title sequence have been ridiculed. Levine, who was also the unofficial continuity consultant for Doctor Who in the 1980s, said in an interview with Dreamwatch Bulletin that the music was intended to be an orchestral score, but was instead arranged directly from his electronic demonstration arrangement by Peter Howell (who also arranged the 1980s version of the Doctor Who theme) without Levine's knowledge. In an interview included on the DVD release, John Leeson jokes about being hired to come to the recording studio and being asked to simply repeat the name "K9" several times. This later was edited into the theme music, allowing K9 to "sing" his own theme song!

The viewing figures for the pilot were very strong, but due to a changeover in channel controllers at BBC One, a series was not made. Although previously approved by controller Bill Cotton, new controller Alan Hart disliked the idea.

Despite the fact that a full series was never commissioned, the concept of K9 and Company was acknowledged within Doctor Who itself as part of the show's continuity. In the 1983 anniversary special The Five Doctors, which featured appearances by many past companions, Sarah Jane makes her entrance accompanied by K9 Mark III (the presence of whom is not explained for the benefit of those unfamiliar with the spinoff). Decades later, School Reunion again features Sarah and K9 Mark III, who was replaced with K9 Mark IV at the end of the episode. This in turn was followed by another attempt at a spin-off series, this time successful: The Sarah Jane Adventures (which had four full seasons and a short fifth season due to star Elisabeth Sladen's death). While K9 Mark IV was on The Sarah Jane Adventures, K9 would later have a (non-BBC) spin-off of his own with the original K9 returning in a new form.

The Doctor Who franchise would not attempt another TV spinoff until Torchwood in 2006.

The pilot episode was novelised in the late 1980s as the last in the Target Books series called The Companions of Doctor Who.

The adventures of Sarah Jane would later continue in audio form as part of a series of licensed Doctor Who-related projects made for audio in the early 2000s by Big Finish Productions. Although this series did not include K9, John Leeson reprised the role for several other Big Finish productions.

In 1988, It's Bigger on the Inside!, a collection of original comics and other comedic features created by Tim Quinn and Dicky Howett, contained a one-page comic story simply entitled K9 and Company.

Release as part of the K9 Tales boxset on 16th June 2008, with The Invisible Enemy.

This story was included with the Season 18 Blu-ray set as a bonus feature with a new HD transfer of original film elements and upscaled studio footage. 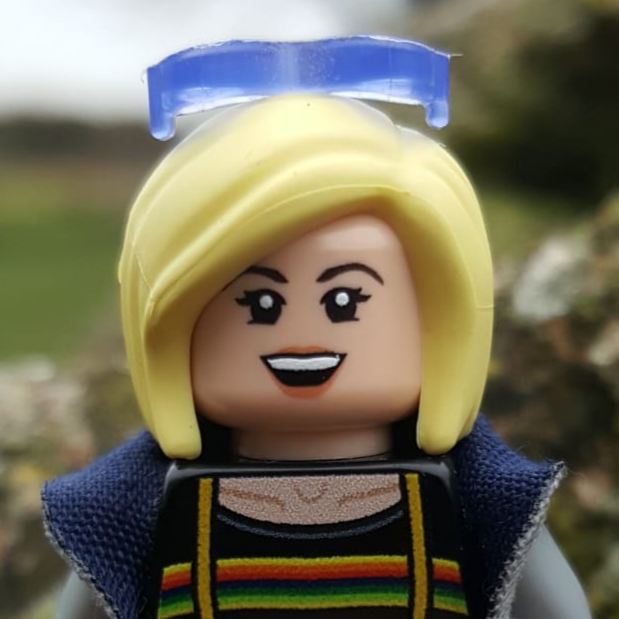