Jago & Litefoot: Series Three was a full cast audio anthology released on June 2011 by Big Finish Productions. It starred Christopher Benjamin as Jago and Trevor Baxter as Litefoot, with Louise Jameson returning to the role of Leela.

A friend from the past returns to warn Jago and Litefoot of a threat to the future. Time breaks are appearing in Victorian London, but first Leela must help solve the mystery of the Wet Men — terrifying creatures that are rising from the River Thames...

3.2 The Man at the End of the Garden by Matthew Sweet

Strange things are happening in the Naismith household. Eleanor Naismith has vanished, and her daughter Clara is found in odd circumstances... What is the link to Eleanor's book, The Man At The End of the Garden?

The New Regency Theatre is haunted and Jago, Litefoot and Leela witness the spirit of someone in a silver wheelchair floating over the stalls. This is the story of Alice — a young woman who had Swan Lake so cruelly taken from her...

When Litefoot's home is invaded by giant metal spheres, it seems that the end of the world is nigh. The enemy has revealed itself, the end game is afoot — can two Henry Gordon Jagos save the day? 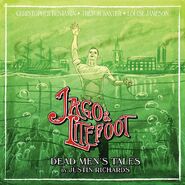 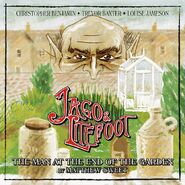 The Man at the End of the Garden 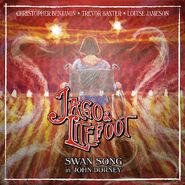 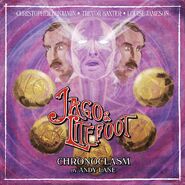 Retrieved from "https://tardis.fandom.com/wiki/Jago_%26_Litefoot:_Series_Three?oldid=2731681"
Community content is available under CC-BY-SA unless otherwise noted.