Jago & Litefoot: Series One was a full cast audio anthology released on 30 June 2010 by Big Finish Productions. It starred Christopher Benjamin as Jago and Trevor Baxter as Litefoot.

1.1 The Bloodless Soldier by Justin Richards

A group of soldiers return from overseas service – but they have brought a terrible evil back with them. As death strikes on the streets of London, Sergeant Quick calls upon the help of Professor Litefoot, while an old enemy lurks in the shadows. Jago and Litefoot are on the trail of the Bloodless Soldier – and tragedy will hit close to them...

1.2 The Bellova Devil by Alan Barnes

A body is found on the Circle Line, wearing full dress uniform. It as identified as Reginald Colevile — a man who was certified dead some six weeks ago! In an attempt to solve the mystery Jago and Litefoot become unwilling bodysnatchers... And thus begins a chain of events that will pit them against killer Bulgars and the mysterious machinations of The Far-Off Travellers Club...

1.3 The Spirit Trap by Jonathan Morris

Ellie Higson believes that spiritualist Mrs Vanguard can hear the voices of the dead, but Henry Gordon Jago thinks it's all superstition and theatrical trickery. But if Vanguard is a harmless fake, then why have some of those who have attended her seances disappeared so mysteriously? Jago and Litefoot investigate... And find themselves facing a deadly foe from the afterlife.

1.4 The Similarity Engine by Andy Lane

When Jago takes a tumble on an unseasonably icy road, he ends up in hospital. But this is no ordinary medical establishment, and the patients are suffering from no ordinary illnesses. At last, the fiendish scheme of Dr Tulp is drawing to its cataclysmic climax. The Similarity Engine is operational. And a new, improved model of mahogany murderers have been unleashed... 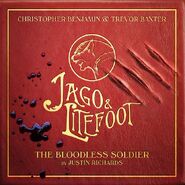 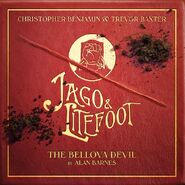 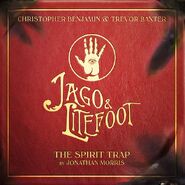 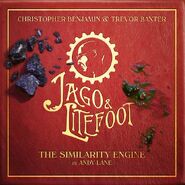