4.1 Jago in Love by Nigel Fairs

Escaping the shadowy presence of the mysterious Professor Claudius Dark, Jago, Litefoot and Leela take a holiday in Brighton. There, Jago meets and falls for music hall singer Abigail Woburn, a relationship that threatens to split the infernal investigators apart, as dark forces gather on the beach...

Jago, Leela and Ellie take a trip to the theatre to see Oscar Wilde's new play and discover something sinister during the interval. Meanwhile, bodies are turning up at Litefoot's lab, while Wilde meets his biggest fan...

4.3 The Lonely Clock by Matthew Sweet

The enemy is revealed and Jago and Litefoot are on a train to nowhere. Can Leela and Ellie save them, in a race against the clock?

4.4 The Hourglass Killers by Justin Richards

The sands of time are running... and they are in pursuit of Jago, Litefoot, Leela and Ellie. As the final battle gets underway, the infernal investigators make the decision of their lives... 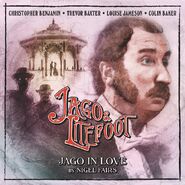 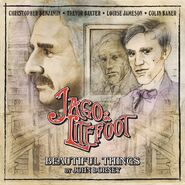 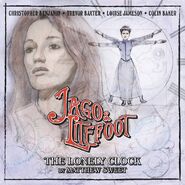 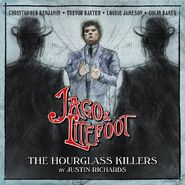