5.1 The Age of Revolution by Jonathan Morris

Jago and Litefoot are back in London, but in the wrong century. Reunited with Ellie Higson, they settle into new lives and investigate new cases... but the past is coming back to haunt them.

5.2 The Case of The Gluttonous Guru by Marc Platt

There are toads on the loose on the streets of London. People are falling ill in restaurants... and Jago and Litefoot are on the case of food that eats people.

5.3 The Bloodchild Codex by Colin Brake

A stranger arrives at Professor Litefoot's bookshop, in search of a work called The Bloodchild Codex. Soon Jago, Litefoot and Ellie are facing an ancient book which threatens to bring a terrifying power back into the world.

5.4 The Final Act by Justin Richards

It's the night of Jago's biggest show - but he isn't quite prepared for the special guest star... as the curtain falls, can Jago and Litefoot find their way home? 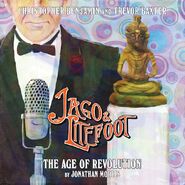 The Age of Revolution 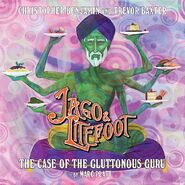 The Case of the Gluttonous Guru 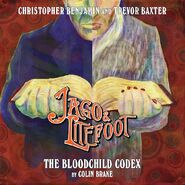 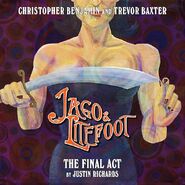