Iris Wildthyme: The Complete Series Three was a boxset release making up the third series of the Iris Wildthyme audio series. It was released on August 2012 by Big Finish Productions. It featured Katy Manning as Iris Wildthyme.

Panda isn't happy. One minute he's due to be crowned an intergalactic hero with concubines galore and the next Iris is dragging him to the planet Trull, the 42nd century equivalent of Milton Keynes. As Iris becomes the hottest celeb in the galaxy, little do they know that everyone on Trull is about to die...

Thomas Carnacki, the famed Edwardian Ghost Finder, faces his most terrifying challenge yet. Not only must he rid Mocata Grange of hideous apparitions and rampaging pig-monsters, he must also avoid the advances of that hellcat Iris Wildthyme. Will any of them get through the night alive?

People are dropping like flies in the Warwickshire village of Midwinter Leys and the number one suspect is Iris Wildthyme. Can Inspector Nettles and Sergeant Spartan find the real culprit before more loveable locals are murdered in increasingly bizarre ways? And will Panda ever get his pork pie? 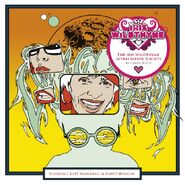 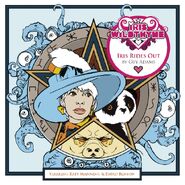 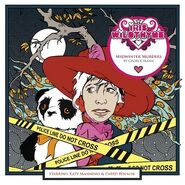 Retrieved from "https://tardis.fandom.com/wiki/Iris_Wildthyme:_The_Complete_Series_Three?oldid=2756676"
Community content is available under CC-BY-SA unless otherwise noted.