Tardis
Register
Don't have an account?
Sign In
Advertisement
in: Target novelisations, The UNIT Collection novels, 1984 novels,
and 3 more

Inferno was a novelisation based on the 1970 television serial Inferno.

Inferno is the name of a top-secret drilling project to penetrate the Earth's crust and release a major new energy source.

A crisis develops when a noxious liquid leaks out as drilling progresses – the green poison has a grotesquely debilitating effect on human beings.

As the Earth's plight worsens, the Doctor is trapped in a parallel world, unable to rescue the planet and its inhabitants from the destructive force of Inferno...

This Target Book was released as an audiobook on 7 April 2011 complete and unabridged by BBC Audio and read by Caroline John. 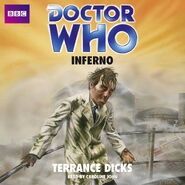 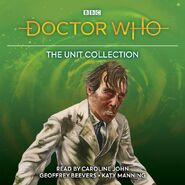