Graceless was an audio series from Big Finish Productions, starring the two Tracers in human form, twin sisters Abby (formerly called Amy) and Zara, who previously featured in the Fifth Doctor Key 2 Time trilogy. The series chronicled the twins' adventures after their departure from the Fifth Doctor.

The first three-part series was released in November 2010. The second and third series were released in December 2011 and June 2013, respectively. The series was directed by Lisa Bowerman and the theme was composed by Jamie Robertson.

In 2015, Graceless was featured in the cross-over box set The Worlds of Big Finish. Abby and Zara appear in the first episode, The Archive. 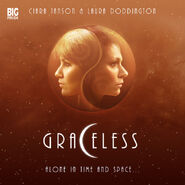 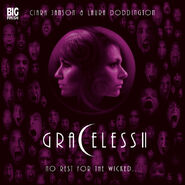 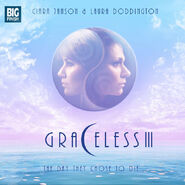 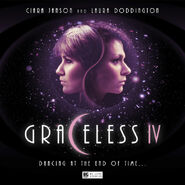 Retrieved from "https://tardis.fandom.com/wiki/Graceless_(audio_series)?oldid=2835445"
Community content is available under CC-BY-SA unless otherwise noted.