Graceless was a full cast audio anthology released on 30 June 2010 by Big Finish Productions. It starred Ciara Janson as Abby and Laura Doddington as Zara.

Abby and her sister Zara are not real people. They were made, created by pan-dimensional beings – the Grace – to help save space and time.

The Grace gave them special powers. With just a thought they can be anywhere or when in the universe. They can affect people, see into their heads, influence their thoughts... They’re still learning what they can do.

Now they've completed their mission, the Grace have left them to fend for themselves. The universe is dangerous, unpredictable. Abby is not so good-as-gold as she appears. Zara's already destroyed a whole world.

And they've only got each other.

Part One: The Sphere

"It's great here. You can get anything!"

The Sphere is a private satellite complex and offers every kind of entertainment. It doubles in size every week. They lash new hotels and casinos to the outer skin, pinning them in place with huge girders.

Zara came here by mistake and was quickly caught up in the noise and excitement. It's got into her head. When her sister Abby comes to the rescue, Zara insists that she can't leave.

What is the secret that Zara is carrying with her? Why is Abby so ill? And how long can she resist the Sphere getting into her head as well?

"There's no such thing as witches."

Abby and Zara find themselves in the small town of Compton in October, 1912. In the local pub they meet Nan, who offers them the local beer and then has them arrested.

Can Abby and Zara prove their innocence and help solve the mystery? Or is it sometimes better not to know?

"The Grace don’t know everything. We have to do what’s right!"

Abby and Zara's past is catching up with them. A man they did wrong by has hunted them down across all of time and space, just to sell them out.

The space pirate Kreekpolt knows the sisters can save his daughter's life – even if it burns Abby and Zara completely away.

After that, ten thousand dead souls - hungry and empty and furious - want whatever is left... 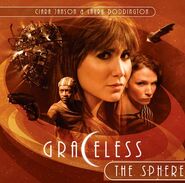 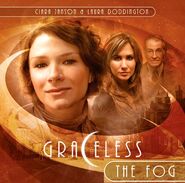 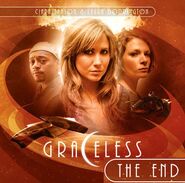 Retrieved from "https://tardis.fandom.com/wiki/Graceless_(audio_anthology)?oldid=2839886"
Community content is available under CC-BY-SA unless otherwise noted.