God Among Us 3 was a full cast audio anthology released in June 2019 by Big Finish Productions.

In times of disaster people turn to God. But what if they no longer believe in themselves?

Cardiff is recovering from a catastrophe. Torchwood find themselves up against the Disaster Recovery Committee – instead of putting the city back on its feet, it seems to be preparing for something worse. There's a conspiracy to be exposed, a mythical monster becomes real, fights are breaking out over drinking water, and Jack Harkness is getting ready for the end of the world.

6.9 A Mother's Son by Alexandria Riley

Cardiff has suffered a catastrophic flood. Dozens are still missing. Survivors fill camps across the city. An inquiry has been set up to find out what happened. Bethan's come to the city looking for answers. Her son is among the missing, and no-one seems to want to help her find him. It's starting to look like there's a cover-up. What is Torchwood? Can it really be behind it?

They've been warning about it for ages. Poisonous mould in the water supply. But it's finally got out of hand. It's day zero – the day Cardiff runs out of drinking water.

As people start fighting over the last remaining supplies, the Disaster Recovery Committee takes drastic action. Because there's one place that still has clean water. And Torchwood will do anything to stop them from getting it.

6.12 Thoughts and Prayers by James Goss

Cardiff lies broken. Torchwood's leaders are either arrested or dead. In a storage unit something forgotten has been reborn. And underneath the city, a terrible impossibility has been built.

The streets are filled with the prayers of the desperate. Because everyone knows - The end of the world is nigh. 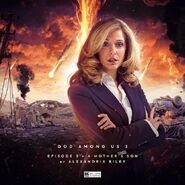 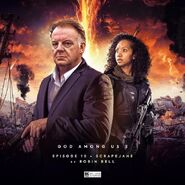 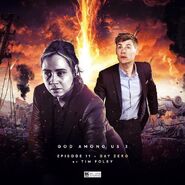 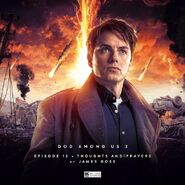