God Among Us 1 was a full cast audio anthology released in October 2018 by Big Finish Productions.

Torchwood pick up the pieces and move on. After all, there's a whole new set of alien threats to deal with.

While Yvonne Hartman is asserting her authority as the new leader of Torchwood, Jack Harkness is hunting an alien god in the sewers – but what's he really hiding from?

6.2 The Man Who Destroyed Torchwood by Guy Adams

Brent Hayden. To some he's the darling of the alt-right, to others he's a far-left crusader. A lot of people watch his videos, hang off his every word. Crisis actors? Conspiracies? Black Ops? Brent knows you deserve the truth. And Brent's come to Cardiff, because he's going to expose Torchwood. Don't forget to Like and Subscribe.

6.3 See No Evil by John Dorney

There's a hunter out there in the darkness. With no escape, and the screaming getting louder, Jack Harkness and Yvonne Hartman each set out to save the city in their own ways.

The Black Sun has come through the Rift. When it visits, sleep comes with it. Orr is the guardian, appointed to watch over the city while it slumbers. What will they find as they wander the streets? 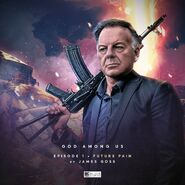 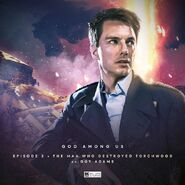 The Man Who Destroyed Torchwood 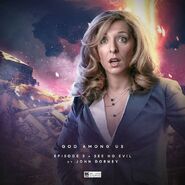 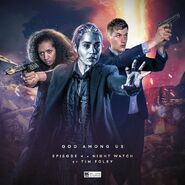