Lady Romanadvoratrelundar has returned to her homeworld, seeking a cure for the Free Time virus that rages across the planet.

Leela of the Sevateem and her companion K-9 are revered as heroes. Narvin is a traitor. And Braxiatel knows more than he's letting on.

Amidst all the confusion, the High Council of Time Lords is poised to take the planet into an all-consuming war against the cosmos. They're selling their secrets to the highest bidder, equipping the universe with temporal technology it should never have been allowed.

And Romana's son will lead them into battle...

The President of the High Council wants Romana dead. The Temporal Intervention Agency has been dispatched to hunt her down. Its mission: to eliminate her from the timelines for ever. It would be as though she had never existed...

Only an old friend can offer Romana any hope of survival. An acquaintance she and Leela once shared. One they haven’t seen in years.

But time is running out. Death is fast approaching. And this time, not everyone can survive... with or without the Doctor.

Romana and her comrades find themselves in the dank and grubby wastelands of northern Gallifrey, trapped between two forces in a long and ancient war.

One side bides their time within their nests, whilst the other draws up troops across the trenches. Both sides have their secrets, their means to win the war – and both want Romana fighting alongside them...

After millennia of warfare, the final assault approaches. The Ancient Enemy and the True Lords want this world. And before this night is out, there will be bloodshed.

Only the late Lord Rassilon holds the key...

Romana has been assassinated...

The Time Lords have never existed...

On a world they barely recognise, Narvin and Leela find themselves fighting to stay alive. Against all their expectations, brutality and barbarism reign. And Gallifrey’s slaves are rising up to face their masters.

Before this day is out, their lives will change forever. And the world they know might end before it has even begun... 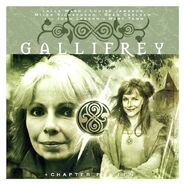 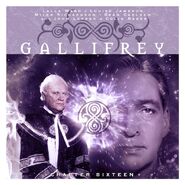 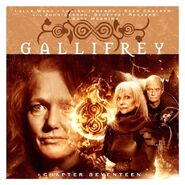 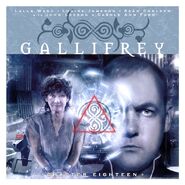 Retrieved from "https://tardis.fandom.com/wiki/Gallifrey_IV?oldid=2809213"
Community content is available under CC-BY-SA unless otherwise noted.