The Excelis Saga was a miniseries of four audio dramas produced by Big Finish Productions, released from February to July 2002.

The Saga featured the Fifth, Sixth and Seventh Doctors and Bernice Summerfield, and chronicled the events surrounding Grayvorn and the Relic in the city of Excelis on the planet Artaris.

Each of the four audio dramas occurred in a different time period. None of the Doctors were accompanied by companions. However, Iris Wildthyme (portrayed by Katy Manning) did feature in the first and last audio dramas.

David Darlington's score for the saga was released on CD as Music from the Excelis Audio Adventures in December 2002. 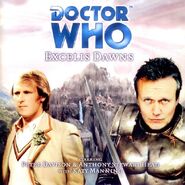 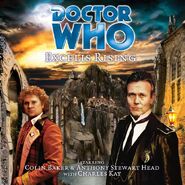 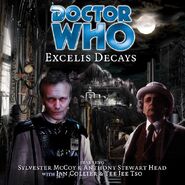 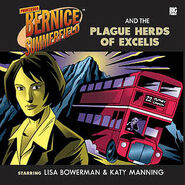 The Plague Herds of Excelis

Retrieved from "https://tardis.fandom.com/wiki/Excelis_Saga?oldid=2701957"
Community content is available under CC-BY-SA unless otherwise noted.