The Doomsday Weapon was a superweapon created by the Uxarieans, capable of making stars go supernova.

The Crab Nebula was formed when the Uxarieans tested the weapon. Soon afterwards, radiation from the weapon's power source began leaking, poisoning the soil on Uxarieus and causing the Uxarieans to mutate into three different species while the planet itself became barren. But the Uxarieans' society began to decay.

The weapon was a massive underground installation, extending for miles around.

The Master stole the Time Lords' file on the Doomsday Weapon and came to Uxarieus in search of it, hoping to use it to become ruler of the galaxy. However, the Third Doctor, having been sent by the Time Lords to stop him, convinced the weapon's Guardian to destroy the device rather than let it be controlled by the Master. (TV: Colony in Space) 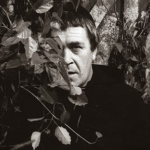