Doom Coalition 4 was a full cast audio anthology released on 7 March 2017 by Big Finish Productions. It was the fourth and final release of the series Doom Coalition. It featured Paul McGann as the Eighth Doctor, Nicola Walker as Liv Chenka, and Hattie Morahan as Helen Sinclair.

4.1 Ship in a Bottle by John Dorney

The Doctor, Liv and Helen are hurtling into a future that has been utterly destroyed, trapped inside a shuttle with no possible means of escape. But with the lives of everyone in the universe in the balance, they've got to find one. And soon. When the stakes are this high, you can't just give up. Or can you?

4.2 Songs of Love by Matt Fitton

Left to fend for herself against a bunch of power-hungry plotters hell-bent on destroying the universe, what choice does a girl have but to throw in her lot with the winning side? Using her past to her advantage, River Song returns to the ancestral seat of the Time Lords to make her last stand.

4.3 The Side of the Angels by Matt Fitton

Cardinal Ollistra has plans for New York, plans which involve the Deputy Mayor and her sponsor, one 'Reverend Mortimer' – better known to the Doctor as the Meddling Monk. The Eleven arrives to stamp out the resistance, but that isn't the only danger the Doctor finds lurking in the shadows – for New York is a city of Weeping Angels.

4.4 Stop the Clock by John Dorney

The time has arrived. Events are in motion. The end of the universe is at hand and the Doctor and his friends have one hour to save eternity. Starting now. 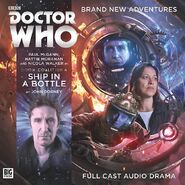 Ship in a Bottle 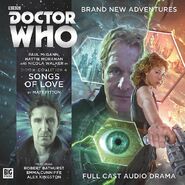 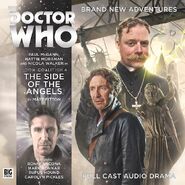 The Side of the Angels 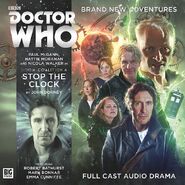