Doom Coalition 1 was a full cast audio anthology released in October 2015 by Big Finish Productions. It was the first release of the Doom Coalition audio series. It featured Paul McGann as the Eighth Doctor and Nicola Walker as Liv Chenka.

1.1 The Eleven by Matt Fitton

When one of Gallifrey's most notorious criminals attempts to escape from prison, Cardinal Padrac turns for help to the Time Lord who put him there in the first place.

1.2 The Red Lady by John Dorney

A London Museum holds the key to many secrets from the past. But some secrets are so deadly they should remain locked away. Forever.

1.3 The Galileo Trap by Marc Platt

With a mysterious plague sweeping through Florence, a rampaging alien behemoth comes between the Doctor and the answers he seeks.

1.4 The Satanic Mill by Edward Collier

Long buried animosities come boiling to the surface on an ancient and powerful satellite, in a final confrontation that could have unimaginable consequences. 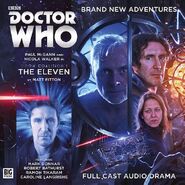 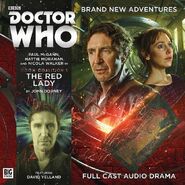 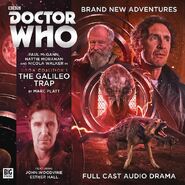 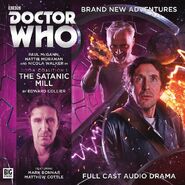