Doctor Who and the Space War (novelisation)

Doctor Who and the Space War

57 (given to later editions)

Doctor Who and the Space War was a novelisation based on the 1973 television story Frontier in Space. Although the policy of using the prefix "Doctor Who and" would continue for some years to come, this was the last Target Books novelisation to use a different title than the televised story.

"Doctor," screamed Jo. "Look at that thing. It's coming straight at us!" A small black spaceship, about a mile away, was approaching rapidly.

It had no lights, no markings. But some instinct told Jo that the tiny craft meant danger.

The year is 2540, and two powers loom large in the Galaxy – Earth and Draconia. After years of peace, their spaceships are now being mysteriously attacked and cargoes rifled. Each suspects the other and full scale war seems unavoidable. The Doctor, accused of being a Draconian spy, is thrown into prison. And only when the MASTER appears on the scene do things really begin to move...

This Target Book was released as an audiobook on 4 February 2008 complete and unabridged by BBC Audio and read by Geoffrey Beevers.

The audiobook version was reissued as part of the audio anthology The Second Alien Worlds Collection on 6 December 2018. 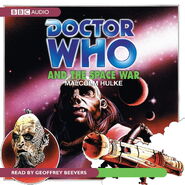 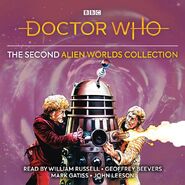