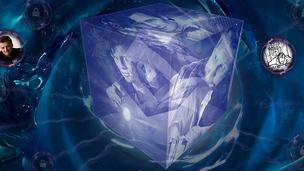 The Doctor Who Video Explorer was an umbrella title used by the Doctor Who website to offer webcast documentaries related to series 5. It debuted in the last week of March 2010. Its structure was similar to the Adventure Calendar feature; content was progressively unlocked as the debut of an episode on BBC One approached. Unlike the Adventure Calendar, its content was devoted exclusively to explaining how various personnel impacted the production of the opening sequence of The Eleventh Hour. The Video Explorer was created by digital design company magneticNorth (mN).

The first and only series of this title contained a series of short documentaries, no longer than about two minutes each, which were made available for the week leading up to the broadcast of The Eleventh Hour.

Retrieved from "https://tardis.fandom.com/wiki/Doctor_Who_Video_Explorer?oldid=2715587"
Community content is available under CC-BY-SA unless otherwise noted.