When the Doctor defeated the Dalek Time Controller and its Time Lord ally, the timelines shifted and events changed... but the danger is far from over. And new threats to the continued safety of the universe are emerging.

Molly O'Sullivan carried on with her life as a nursing assistant in World War One. She probably thought she would never see the Doctor in his 'Tardy-box' again...

From the Dalek occupied planet Nixyce VII through Earth's history and to the very edge of the universe, the Doctor's footprints across eternity are being tracked by foes old and new. But when did it all begin and when will it end? Living his life through the complexities of time travel, the Doctor can never be quite sure if he's experiencing his life in the most helpful order. The only certainty appears to be the advance of the powers of evil and the oncoming threat of a fight to the death against forces that would destroy everything the Doctor holds dear. 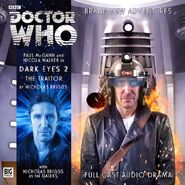 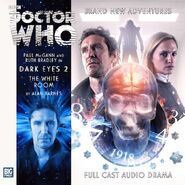 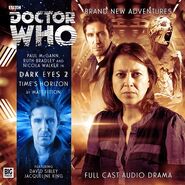 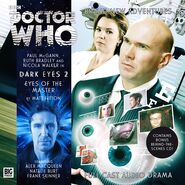 Eyes of the Master