Edit
watch 01:25
Jurassic World: Dominion Dominates Fandom Wikis - The Loop
Do you like this video?
Play Sound
This topic might have a better name.

Dark Eyes was a full cast audio anthology released in 2012 by Big Finish Productions. It featured Paul McGann as the Eighth Doctor and Ruth Bradley as Molly O'Sullivan. This anthology was the first to advance the Eighth Doctor's story forwards following 2011's To the Death. A younger version of this incarnation appeared in three stories with Mary Shelley in late 2011, nearly a full year before this release.

The cover for this anthology box set featured a new look for the Eighth Doctor whose appearance on the covers of audios and in their in-story description had not majorly diverted from his appearance in the 1996 television movie. The cover features the first new photos of promotional art taken of Paul McGann as the Eighth Doctor since 1996, giving Big Finish's cover artists new source material for future releases.

"I really hoped it would be a wonderful view... to look back from the end of everything... to see how things finally turned out."

The Doctor is looking for hope. But instead, he finds himself on a mission. The Time Lords have uncovered terrifying fragments of an insane plot to destroy the universe. And somehow, at the centre of that plot is one, random female in Earth's history, Molly O'Sullivan.

Soon, the Doctor and Molly find themselves thrown headlong into a series of dangerous and terrifying adventures, with the dreaded Daleks never far behind them. 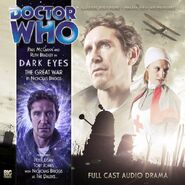 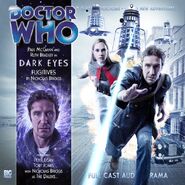 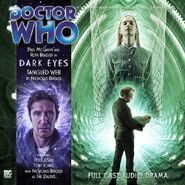 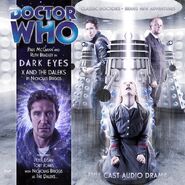 X and the Daleks