"Dalek annual" is an imprecise term used to denote seven hardbound books that were issued by joint arrangement of Terry Nation and the British Broadcasting Corporation — three of which never had the word annual in their titles.

The Dalek annuals were released in two groups. Three came out during the earliest stirrings of Dalekmania in the 1960s, and the remaining four came out in the late 1970s. The first so-called "Dalek annual" actually preceded the first Doctor Who annual, and was one of the very first pieces of Doctor Who merchandise. The 1960s books — published by Souvenir Press — all had different names, while the 1970s World Distributors "sequels" were all printed under the name, Terry Nation's Dalek Annual.

Only The Dalek Book had a direct tie to Doctor Who, in that it featured a photo-montage of The Daleks, and therefore showed images of Susan and other characters from the original Dalek serial. All the remaining books were efforts to build the mythology of the Daleks independently of the parent programme. In the two later 1960s annuals, there was an effort create a "team" of people who could fight the Daleks. The Dalek Outer Space Book, in fact, used Sara Kingdom and the Space Security Service from The Daleks' Master Plan. Some elements from these initial books would later feature in The Destroyers, Nation's unproduced effort to launch an American television series based on the Daleks. One element introduced in the 1960s annuals — the notion of an android named "Seven" opposed to the Daleks — would see future use in The Destroyers and all of the 1970s annuals. Each use of the character, eventually known as "Mark Seven" was somewhat different, however.

The 1970s annuals were far more narratively integrated than the 1960s efforts. They tell the tale of the Anti-Dalek Force, and have a regular "cast" that includes Space Major Joel Shaw and Mark Seven, as well as some recurring ADF agents who feature in more than one story, such as Reb Shavron. 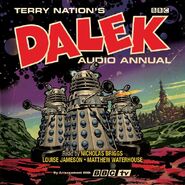 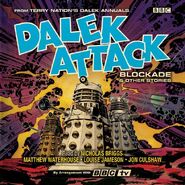