Time has gone awry. The Doctor is lost, without his TARDIS. But he’s not alone. The Space Security Service agents Anya Kingdom and Mark Seven haven’t always been on his side in the past, but now they are here to help him.

And he’s going to need them - because the oldest foes of all are waiting to strike. Ready to take down their greatest enemy...

The far future – Anya Kingdom of the Space Security Service is on a mission investigating an SSS ship crashing on a distant jungle planet. Unknown to her superiors, she’s searching for something very specific... but what she finds is completely unexpected. Her old friend, the Doctor. With a completely different face and no idea what he’s doing there.

The Time Lord soon finds himself drawn into a conspiracy involving voracious predators, time travel and a malevolent businessman.

History itself is breaking down. If he makes a mistake, it could mean the end of everything...

1.2 The Wrong Woman by John Dorney

The team’s investigations have taken an unexpected turn -but the signs all still point to Sheldrake. With the clock ticking down to the launch of the time tunnels, the Doctor, Anya and Mark split up... but soon discover how hard it is to fight a foe who can always keep one step ahead of you.

But stopping him is only half the battle. The Doctor says that time can be rewritten - and Anya is searching for redemption. Can she put history back on track? Or is the Doctor’s future never going to be the same again?

1.3 The House of Kingdom by Andrew Smith

The Doctor and his friends are trying to locate a scientist to help them out on their quest... but an attack on a space-station alters their plans.

Rescued by Anya’s grandfather, Merrick, and taken to Neptune, the Doctor and Mark discover her family history. A story of betrayal and loss.

Will the Kingdom’s be reconciled? Or are they destined to continue the mistakes of the past? 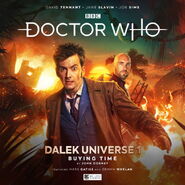 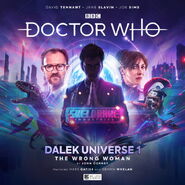 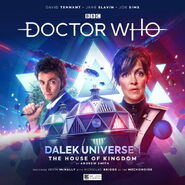 The House of Kingdom