The first series of Dalek Empire (sometimes known as Dalek Empire I by analogy with the naming scheme later adopted for its sequels) consisted of four audio dramas about the Dalek Empire, featuring the characters of Susan Mendes, Alby Brook and Kalendorf.

The stories were released bimonthly from June to December 2001. 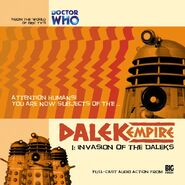 Invasion of the Daleks 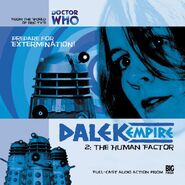 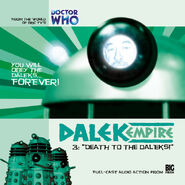 "Death to the Daleks!" 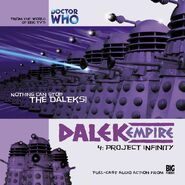 Community content is available under CC-BY-SA unless otherwise noted.
... more about "Dalek Empire I"
RDF feed
Has image
File:Invasion of the Daleks cover.jpg +