Marvel Comics UK
The 112th issue of Doctor Who Magazine had a cover date of May 1986.

Reviews - Off the Shelf[] 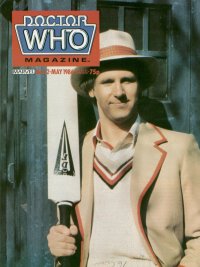