You may be looking for Intrusion Counter-Measures Group.

Counter-Measures was an audio series produced by Big Finish Productions.

The series was consciously developed to be "steeped in the period of early 1960s Britain". The first series was released in July 2012. The stories involve Group Captain Ian Gilmore, Professor Rachel Jensen and Allison Williams, three characters introduced in the Doctor Who television story Remembrance of the Daleks.

The series involves them, in their capacity as members of the Intrusion Countermeasures Group (ICMG), solving mysteries involving paranormal, supernatural, anachronistic or alien phenomena in Britain in 1964, although the production team stated in the third series' Behind the Scenes that they had limited the number of alien incursions featured. Simon Williams, Pamela Salem and Karen Gledhill reprised their roles as Gilmore, Rachel and Allison respectively.

They were joined in the regular cast by Hugh Ross as Sir Toby Kinsella, the ICMG's liaison with the British government. The series was planned from its conception to be four series long, and the developing arc was concluded with the final box set.

On 19 December 2016, Big Finish released The New Counter-Measures: Series One, re-launching the series.

ICMG appeared in 1963: The Assassination Games, the Seventh Doctor story. Introducing the Light, this story is a prequel to Counter-Measures series.

The special release The Worlds of Doctor Who was a crossover of Big Finish's Doctor Who spin-offs. ICMG members were featured in The Reesinger Process. 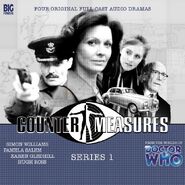 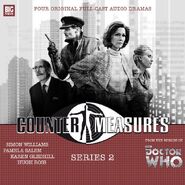 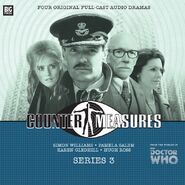 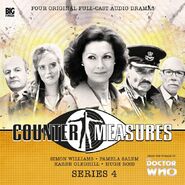